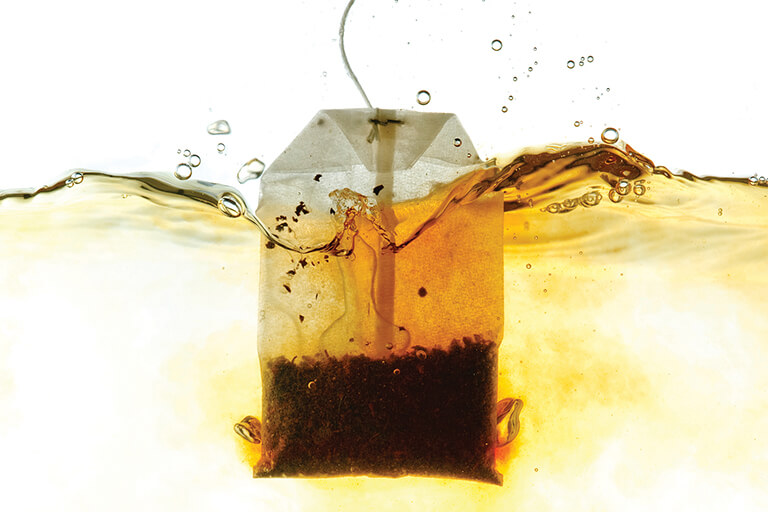 Give tea(s) a chance

Is your coffee habit making you jittery, irritable, causing reflux or indigestion? Is that soda habit causing weight gain? This year, try trading in your calorie-laden lattes and sugary soft drinks for the simple, healthy pleasure of a cup of tea.

Next to water, tea is the most commonly consumed beverage in the world, according to the Tea Association of America (third is beer).

While tea is a time-honored tradition in many cultures around the world, most Americans are drawn to coffee or soda when they need a pick-me-up. Tea is rising in popularity, though, as research continues to unfold about the role antioxidants play in the body and the brain. 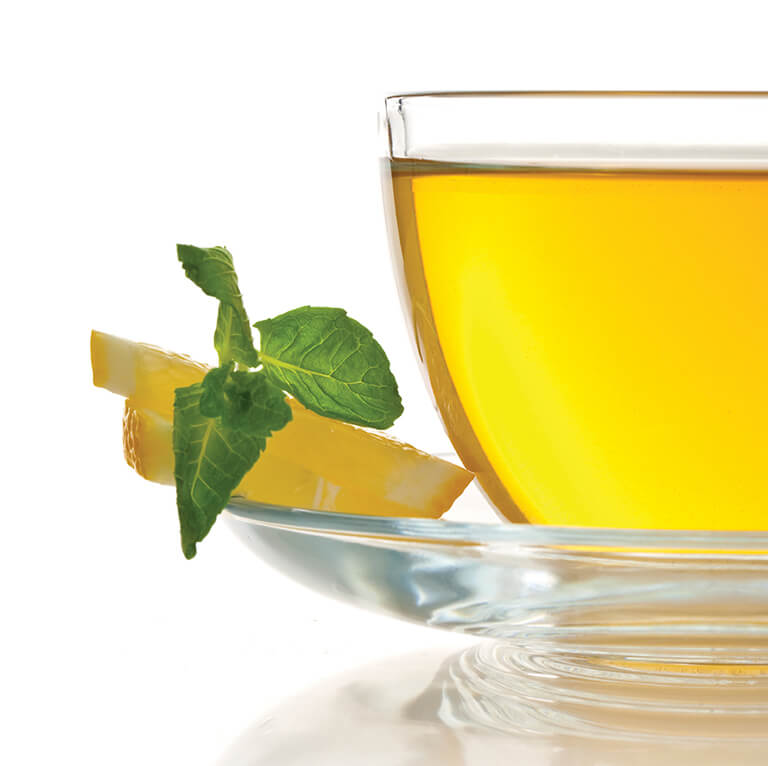 Tea is rich in flavonoids, which are plant-based compounds with powerful antioxidant properties. Flavonoids are good for the heart and may even protect against certain types of cancer.

Tea is natural, fat-free, gluten-free, sugar-free, and preservative-free. It is also free of calories if you don't add milk or sweetener. For this reason alone, you may lose weight by drinking tea, particularly if you choose it instead of high-calorie coffee drinks or soda.

"Over time, I began to notice coffee was having a negative affect on my energy level," says Feller. "So I stopped drinking coffee altogether and replaced it with common bagged teas -- and felt much better as a result."

At Gong Fu, he helps customers discover a tea that suits their taste. "There are more than 10,000 different varieties of tea out there. With a little help, you're bound to find one that you love."

Don't be fooled by the bottled versions of tea found in the grocery store. Most are loaded with sugar, or contain only a fraction of the antioxidants found in a single cup of freshly brewed green or black tea. Some have such a low amount of antioxidants that you would have to drink 20 bottles to get the amount you would in a single brewed cup of the real thing.

The Scoop on Tea

Most tea comes from the same plant species. Variables such as weather, soil, altitude, and which part of the tea plant is being used all play a role in determining the taste of the tea. The distinguishing factor, however, is the level of oxidation. During oxidation, leaves are exposed to moist, oxygen rich air. Then, they are dried, withered and rolled.

"Oxidation is what determines whether a tea plant will turn out to be white, green, oolong, or black," says Feller. "I would compare it to a banana. Left to ripen, it will turn brown. In much the same way, this is what happens when tea leaves are left to oxidize. Black tea leaves are fully oxidized, and white tea leaves are barely oxidized at all."

"For coffee drinkers who are interested in tea, I would suggest starting with a black tea. It has about half the caffeine content of coffee, yet the caffeine treats you differently," says Feller. "You don't get the peaks and valleys or the jitters some people associate with caffeine."

The most common type of tea, black tea makes up 75 percent of the world’s tea consumption. More oxidized than other types of tea, this turns the leaves from green to a dark brownishblack color. Black tea is generally stronger and the flavor is more astringent.

Health Benefits: Black tea has high concentrations of certain antioxidants that have been linked to lower levels of cholesterol. It may also reduce clogged arteries and lower the risk of heart attack. Research has shown that people who drink three or more cups of black tea daily may cut their risk of stroke by 21 percent.

Oolong teas are semi-oxidized, more than green tea, less than black tea. Oolongs are complex in flavor, and they can have characteristics that make them bold, like a black tea, or fresh and bright, like a green tea. All oolongs come from either Taiwan or China, and are often named after the particular mountain where they are grown.

Caffeine: About 30 milligrams of caffeine per cup.

Health Benefits: Oolong tea is used to sharpen thinking skills, boost the immune system, prevent cancer, tooth decay, osteoporosis and heart disease. Oolong tea may aid in weight loss, but more research is needed to back those claims. One study showed that women who drank oolong tea burned slightly more calories over a two-hour period than those who drank only water.

Green tea has a more delicate, fresh flavor than black or oolong tea. Green tea leaves are dried and heat-treated soon after they’re picked, which allows the leaves to retain most of its natural color.

Caffeine: About 25 milligrams of caffeine per cup.

Health Benefits: Green tea has been widely regarded and studied for its health benefits. It is rich in antioxidants called catechins, which may interfere with the growth of cancer. A 2013 review of several studies found green tea helped prevent several heart-related issues, including high blood pressure, clogging of the arteries and congestive heart failure. Green tea also seems to help stabilize blood sugar in people with diabetes, and block the formation of plaques linked to Alzheimer’s disease.

Caffeine: About 15 milligrams per cup.

Health Benefits: White tea is a health multi-tasker. Because white tea undergoes the least amount of oxidation, it has even higher levels of antioxidants and polyphenols. The health benefits of white tea mirror those of green tea. White tea also has anti-bacterial and anti-viral qualities, and can kill the bacteria that cause plaque, tooth decay and bad breath.

What about herbal tea?

Herbal tea is not, in fact, tea. Herbal teas are a combination of dried herbs, flowers or fruits. They contain no caffeine. Although there has been less research on herbal teas, herbal teas do have a variety of health benefits.

For example, chamomile tea may promote sleep, and peppermint may calm the stomach. Avoid herbal weight-loss teas, which may contain dangerous laxatives.

What about flavored tea?

Flavored teas are traditional teas paired with aromatic extras, such as cinnamon, orange peel, and lavender. Flavored teas have the same levels of antioxidants and the same health benefits as unflavored ones. 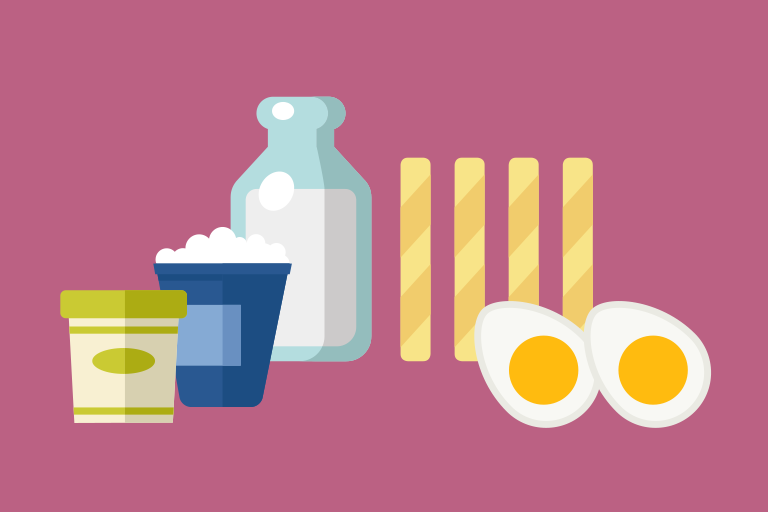 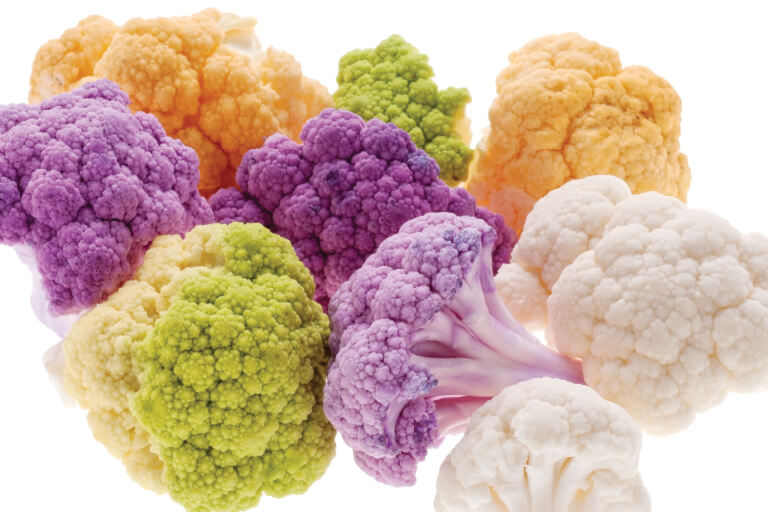