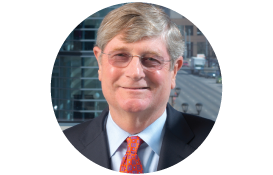 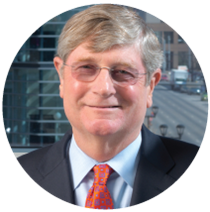 John D. Forsyth served as chairman and chief executive officer of Wellmark Blue Cross and Blue Shield. He joined Wellmark as CEO in 1996 and was behind countless achievements that make Wellmark one of the leading health insurance companies in the country today. He has served in a variety of executive roles throughout his career including a 26-year career with the University of Michigan and president and CEO of the prestigious University of Michigan Health System.

Forsyth was the longest-serving Blue Cross Blue Shield CEO in the country and served on numerous committees of the Blue Cross and Blue Shield Association, including a term as chairman of the board.

Forsyth has also given generously of his time to improve the community and has served as the board chair for a number of state and national organizations including the Greater Des Moines Partnership, Iowa Business Council, National Institute for Health Care Management, United Way of Central Iowa, and the Variety Club Annual Telethon, to name just a few.

Some of his most impactful and notable achievements are reflected in his passion for diversity, inclusion, education and community giving:

Under his leadership, Wellmark received numerous awards to recognize business integrity, diversity and workplace excellence. Personally, Forsyth is a 2017 inductee into the Iowa Insurance Hall of Fame, is the recipient of the 2019 Outstanding Iowa Advocate Award and was presented the 2020 Ally Award at the 2nd annual dsm LGBTQ Legacy Leader Awards.

Forsyth holds a bachelor's degree in business administration and a master's degree in economics from Michigan State University.