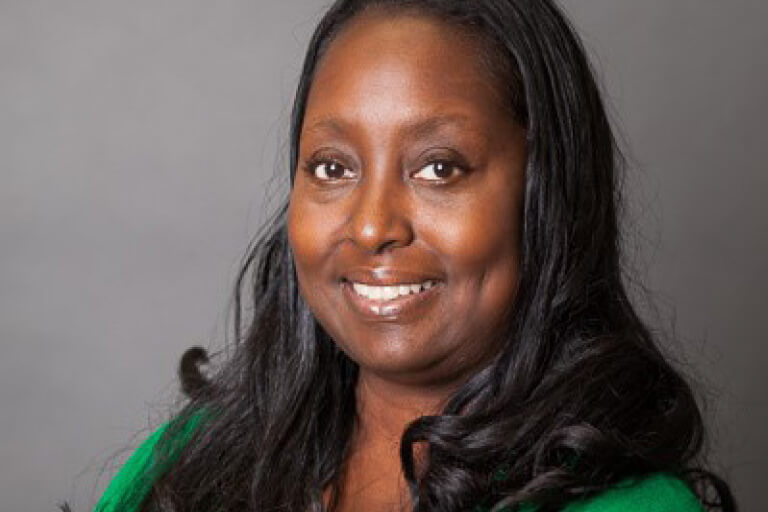 Breast cancer was never a huge concern for Wellmark member Lisa Ambrose. She went to her doctor regularly, maintained good health, and had regular mammograms that never gave her reason to worry.

Then, while getting dressed one day in October 2016, she noticed a hard lump. While not overly concerned, she knew better than to ignore it. She called her doctor right away and made an appointment to have it checked.

“I just stumbled upon it,” Lisa recalls. “I had regular mammograms so I never felt the need to do self-exams. It was right up under my bra line so that’s probably the only reason I even noticed it.”

She told a few people about the lump and having to get a biopsy, but wasn’t really worried about it in the beginning.

“At first, people tell you ‘Oh, it’s probably not cancer, it’s something else,’ so you start thinking that is the case and believing it.”

But, the biopsy came back positive and showed that she had stage 2 breast cancer.

“The doctors call you in, sit you down and they look at you all sad, and you just know,” she recalls of the moment she found out. “So they told me I had cancer but that it was treatable, and then the nurse prayed with me.”

It was a difficult diagnosis for Lisa to accept. She was shocked at the news and uncertain about what to do, so she asked for a second opinion where her diagnosis was confirmed. Even then, Lisa was adamant about not wanting chemotherapy or radiation, hoping for less harmful and intrusive treatment options.

“I had heard so many stories about people who felt like they were dying from chemo,” she explains. “I had this idea of poisonous chemicals running through my body, and I just didn’t want that.”

She became an advocate for her own health and established a relationship with her doctors that allowed her to share these concerns. They listened to her and understood her fears, but still believed that her treatment needed to include these options. They helped her understand what to expect and how it would affect her. Lisa and her doctors reached an agreement that her treatment plan would include six rounds of chemotherapy.

“You have to have a relationship with your doctor and you have to advocate for yourself,” she says. “It’s scary when you realize you have to go to an oncologist, but you need to build a relationship with that person because they are going to be with you throughout the process. I didn’t want to do all the chemo they suggested, but I listened and understood, and we agreed on a few rounds.”

That relationship with her personal doctor is just one of several that Lisa came to appreciate and lean on during her treatment and recovery. Family, friends and coworkers all supported her through the process, covering for her at work when needed, giving her whatever help they could and, most importantly, providing her emotional support that was essential to her recovery. 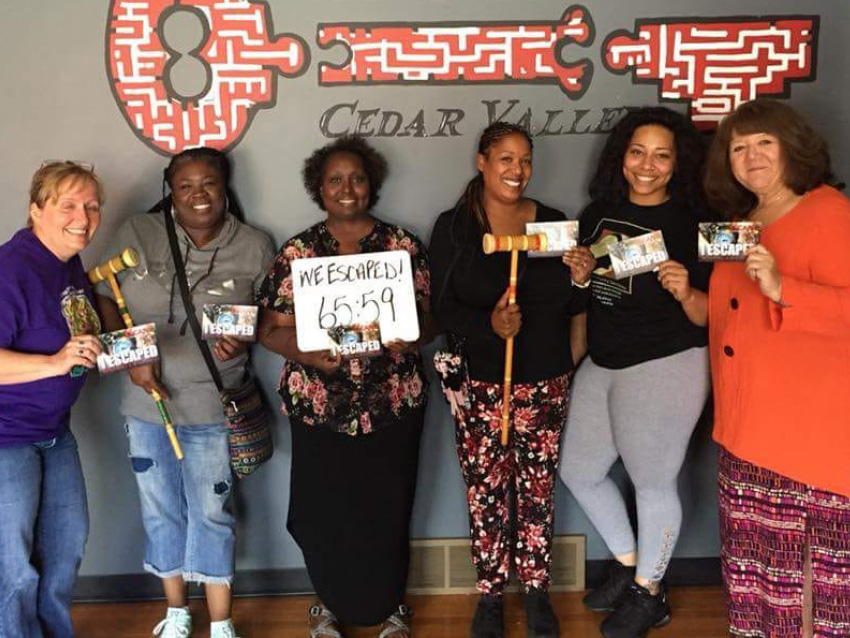 Lisa Ambrose (holding sign), with coworkers (from left) Barb Rasmusson, Yevette Ellis, Shalise Burt-Williams, Sausha Petroske and Constance Mc Govern. Lisa credits her coworkers with helping her beat breast cancer by providing emotional support and taking on some of her work load during the recovery process.

Lisa also reached out to her community and found support and information from Splash of Color, a support group in her hometown External Site of Waterloo, Iowa for women of color who’ve survived breast cancer.

“I started learning about other black women who had been through the same thing and I never had any idea it was so common and widespread,” she recalls. “We as black women just don’t talk about it like other women do.

“There’s a certain social stigma among black women that comes with having cancer,” she says. “Much like saying you have HIV, you somehow feel like you might be looked down upon by others. You feel like an outcast when you have cancer.”

She’s happy with the decision to go through with chemotherapy, but acknowledges that the treatment was harder than she expected. 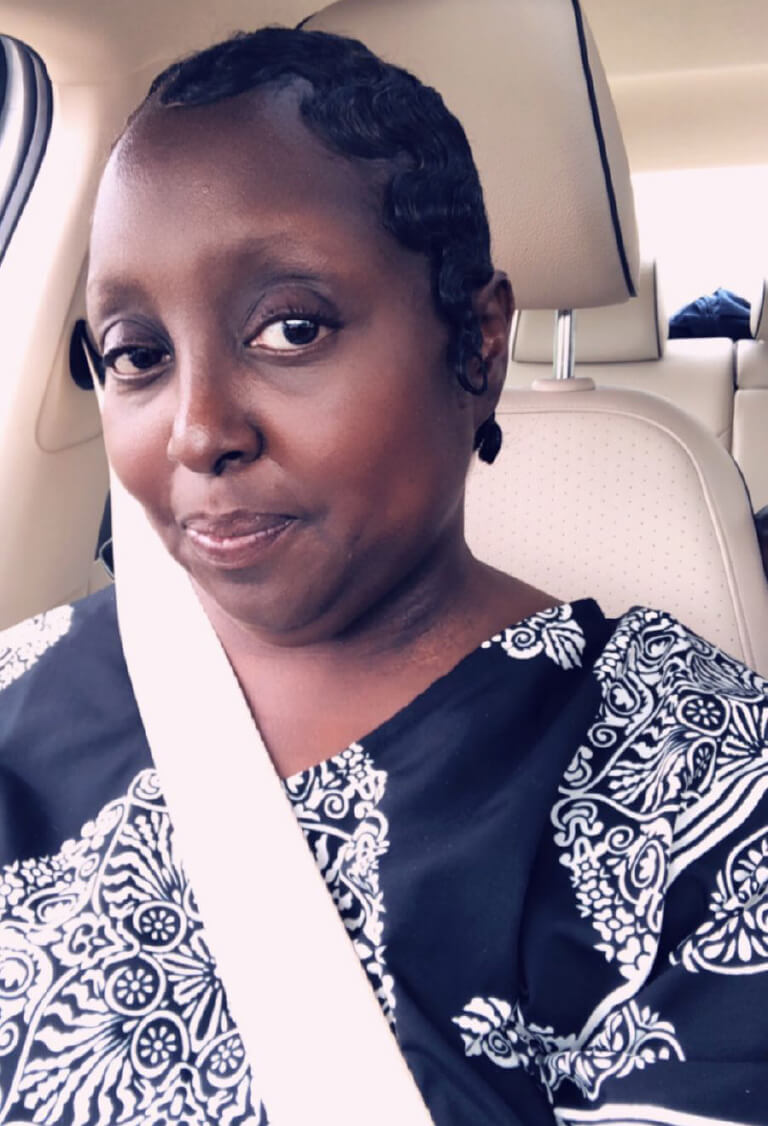 “I try not to use the word tired anymore,” she says. “I have experienced being tired as a result of chemo in a way that I can’t explain with words. I had beautiful, long black hair down to the middle of my back and I lost it all.”

And, it wasn’t just the exhaustion and hair loss that affected her. As she went to appointments and met others going through the same process, she learned just how serious her condition was.

“Once I started treatment, I became scared,” she says. “I met other black people who had cancer and they were dying. I know every cancer is different, but it is nerve wracking and frightening to see people dying around you from the same condition.”

This fear would not stop Lisa, though. She was more determined than ever to do whatever was necessary to beat cancer and lend a hand to others going through the same thing.

Following chemo, Lisa had one breast removed and was told that all her cancer was gone. Her doctor later said there was still a minimal amount of cancer remaining, but that radiation would probably not be needed.

She disagreed. She did not want to wonder about that very small amount just waiting in her body or multiplying and growing. She had come this far, and she just wanted all the cancer gone.

Now, two years after discovering the lump in her breast, and after chemotherapy, surgery, 30 rounds of radiation treatment, and countless visits to the doctor, Lisa is cancer free.

The fears she previously faced turned into strength, which empowered her to share her experience and newfound knowledge of the disease with other women.

“I was not aware of that before I had cancer myself,” she says. “Now that I know, I’ve wondered why that is the case. I’ve heard of black women who are so afraid of getting a cancer diagnosis that they just don’t go to the doctor to find out. I was at my doctor getting a diagnosis within two weeks. If I had waited four months because I was afraid of hearing the word cancer it might have been too late for me.

“I wonder how many women wait to get tested out of fear. That is something we can help prevent.”

Until there is a cure

“Now that I’ve had cancer, it’s the first thing I think about when I get sick,” Lisa admits. “I wonder immediately ‘Is it the cancer coming back?’ It’s not something you can ever leave completely behind.”

That fear, Lisa says, is natural. But she hopes that by telling her story and sharing her success, she can help others work past their fear and get past the stigma they might feel.

“We need to stick together and be mentors for each other and help each other out,” she says. “I’ll be glad when we find a cure. I’m cancer free, but this is not a cure. We need to find a cure now.” Until this happens, Lisa says it’s vital that all women, but especially women of color, get regular mammograms and become familiar with their own breasts so they can report any changes to their doctor.

“Some black women just don’t keep up with mammograms and pap smears like they should,” she says. “We may not know how to prevent breast cancer or cure it, but we know it’s best to find it early.”

If she could tell other women with breast cancer just one thing?

“Know that you are not alone. You are not the first woman to have cancer and you won’t be the last. Seek out family and friends and build a support system. And if you believe in God, pray.”

Have you or someone you know been recently diagnosed with breast cancer? A network of support is vital to treatment and recovery. The American Cancer Society has free support programs available External Site, including a program that matches newly diagnosed breast cancer patients with a trained volunteer who has also gone through a similar diagnosis.

Photos in this article are published with permission from Lisa Ambrose. 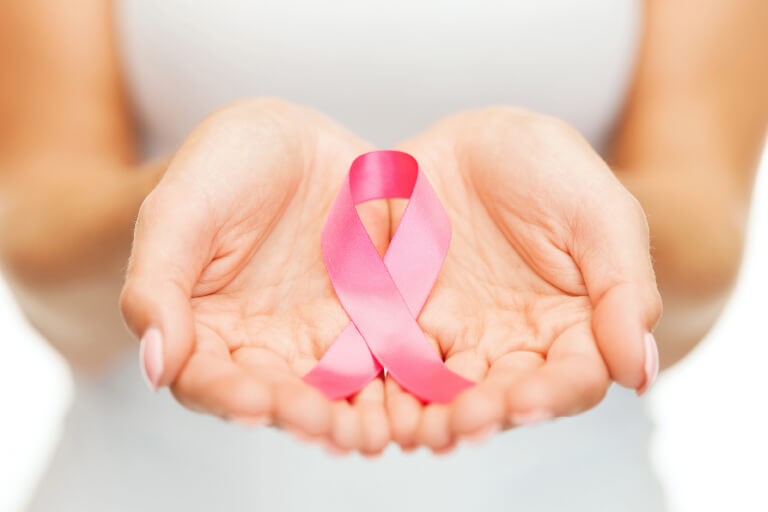 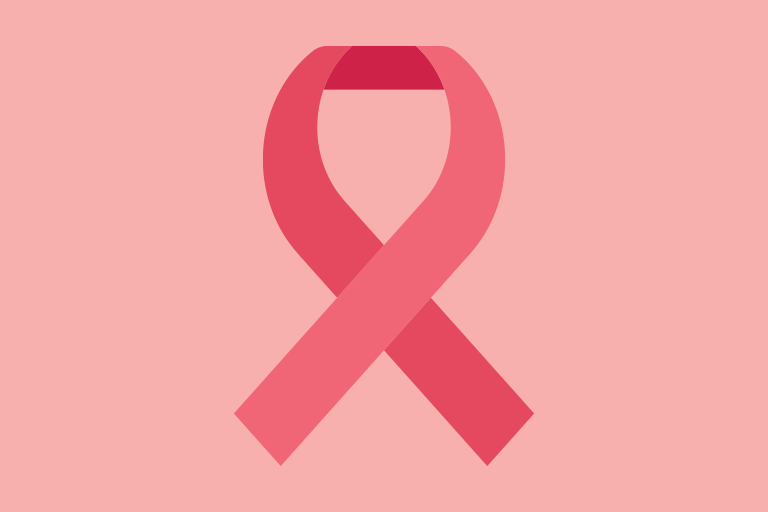