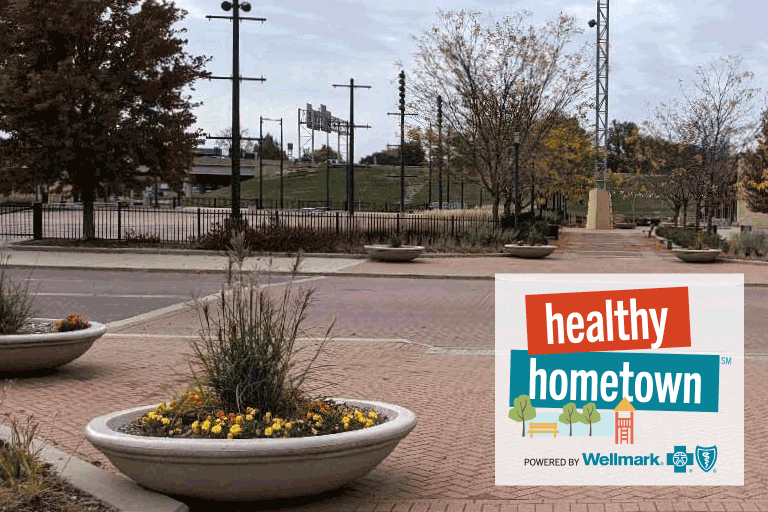 Situated along the Cedar River in northeast Iowa, Waterloo is a unique and diverse community filled with miles of trail, parks, and plenty of recreational opportunities. Like many other communities in Iowa and South Dakota, Waterloo residents are making great strides when it comes to improving the health of their community.

Though Waterloo has been working on healthy initiatives for almost a decade, in 2019 it joined forces with Healthy HometownSM Powered by Wellmark, a no-cost initiative where experts help the community identify ways to make positive and lasting changes that enhance well-being. That same year, the city received funding from 5-2-1-0 Healthy Choices Count External Site, an evidence-based External Site program supported by the Iowa Department of Public Health and the Healthiest State Initiative to promote healthy habits. Nearly 40 stakeholders across the community participated in regular meetings to determine how to use the funds to make built environment improvements and policy changes that make healthy choices easier for residents.

As a result of its ongoing community improvement work, Waterloo received the 2021 Healthy HometownSM Powered by Wellmark Community Award — and community members were thrilled to have the recognition. “It’s fantastic, it’s really tremendous,” says Kyle Durant, leader of the Waterloo 5-2-1-0 committee. “Where we’re at now would not have been possible if a single person were doing the work. This is the result of many organizations coming together to improve community health and well-being for all residents.”

Here are just a few projects Waterloo completed in the last year that helped them earn this recognition.

Every year, Waterloo identifies needed road repairs or reconstruction projects that are funded through the Local Option Sales Tax. In 2020, the city chose two streets to enhance in the downtown district — Jefferson Street (which provides direct access to the Waterloo Farmer’s Market) and 2nd Street. The repair projects also included installing and repairing sidewalks, as well as adding crosswalks compliant with the American Disabilities Act (ADA).

The city went beyond basic reconstruction and repairs and worked to create a sense of place with the projects. This included planting trees and shrubs, creating on-street parking, and adding brick crosswalk enhancements to help remind motorists to slow down. In Waterloo’s downtown, these projects are a continuation of the city’s overall river renaissance. “When you have a road that’s in rough shape and needed to be reconstructed anyway, going beyond that helps create a more welcoming space in your community,” Durant says.

For the last decade, Waterloo has been hard at work revitalizing its downtown and working toward a more walkable community with welcoming public spaces that encourage both locals and tourists to stop and gather. “When I was younger, downtown just wasn’t a place you wanted to be,” Durant says. “Over the years, we’ve done a lot improving to the overall environment in the downtown, and it shows.”

Waterloo also made great progress on another infrastructure project that has been in the works for a while. The University Avenue corridor, a six-lane divided highway formerly known as state highway 934, was at the end of its usable lifespan and needed accommodations for pedestrians and cyclists. The project was divided into three phases, and the first phase was completed mid-2020. 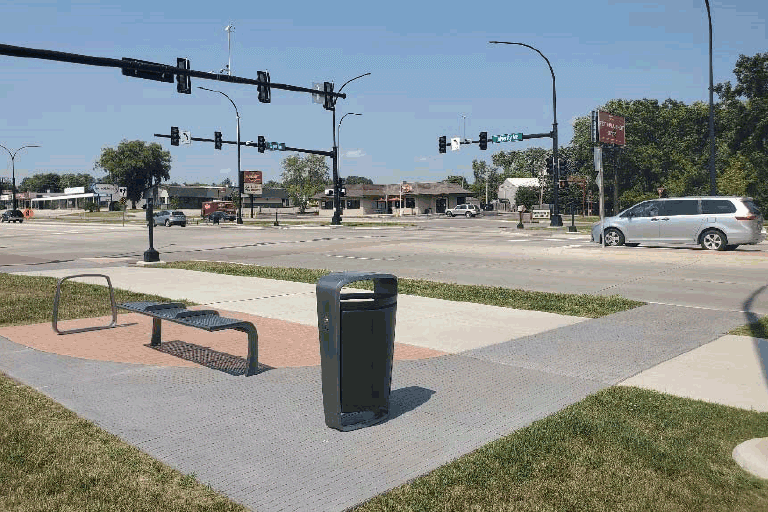 The Waterloo City Council approved a design to reduce a nearly three-mile stretch of roadway from six to four lanes, which created space for a sidewalk, trail, and transit stops with shelters and benches. The design also included enhancements like landscaping, plantings, neighborhood markers, pedestrian lighting, and brick pavers, which made the road a more inviting way to get across town.

Another part of the project involved reducing the speed limit from 45 MPH to 35 MPH throughout much of the corridor, which makes it significantly safer for pedestrians and cyclists to share the road with motorists. “Before this project, you wouldn’t see a cyclist traveling along the corridor unless they were making ad-hoc paths,” Durant says. “Now, you see people out walking and biking along the road — safely — all the time.”

Eliminated tobacco and nicotine use in parks

A relatively easy and low-cost way to promote community health and wellness is by eliminating the use of tobacco and nicotine, particularly with electronic nicotine delivery systems (ENDS) or vapes, in places frequented by the public, like city parks. The Waterloo 5-2-1-0 Stakeholders Committee identified this as a need from the beginning — and an easy win for the community.

From start to finish, the project took less than half a year to implement after a unanimous vote of support from the Waterloo Leisure Services Commission.

Signs to raise public awareness were installed in parks across the city, and the policy has received nothing but positive feedback from community members. “In passing, you hear people praising this initiative,” Durant says. “It’s just nice to go to a park and know that it’s a smoke-free environment, especially if you are with family members or young children.”

As with any community improvement project, working together with different community members is key to seeing success. “These projects represent tremendous collaboration and partnerships across organizations and our sincere desire to work together, focused on a common goal of the health and well-being of our residents,” says Quentin Hart, mayor of Waterloo. “No single organization can as effectively do this essential work — work done by the community, for the community always yields greater outcomes.”

“The different scale of projects has shown that if there’s a will, there’s a way — there’s nothing that we can’t accomplish,” Durant adds.

Waterloo is one of many communities in Iowa and South Dakota working with Healthy Hometown, a no-cost program that helps make communities an even better place to live, work and play by using proven strategies and techniques that help make the healthy choice the easy choice. Learn how Healthy Hometown can provide expert assistance to help your community eat well, move more and feel better. Check out Healthy Hometown online Opens New Window or email HealthyHometown@Wellmark.com Send Email for more information. 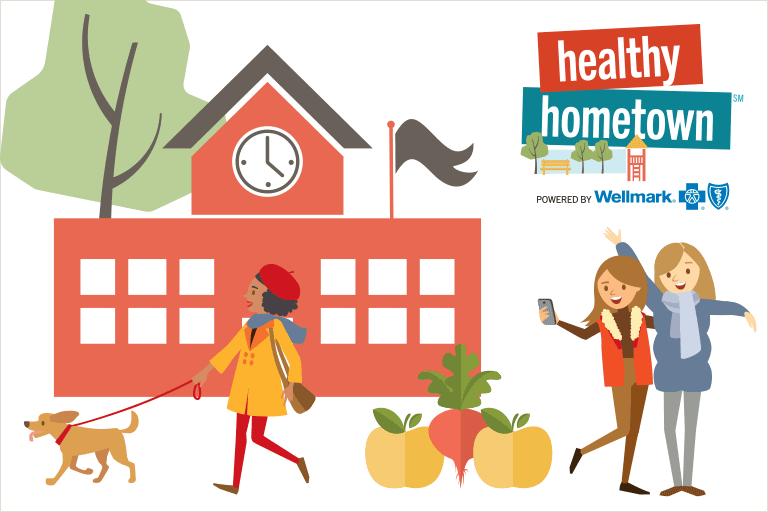