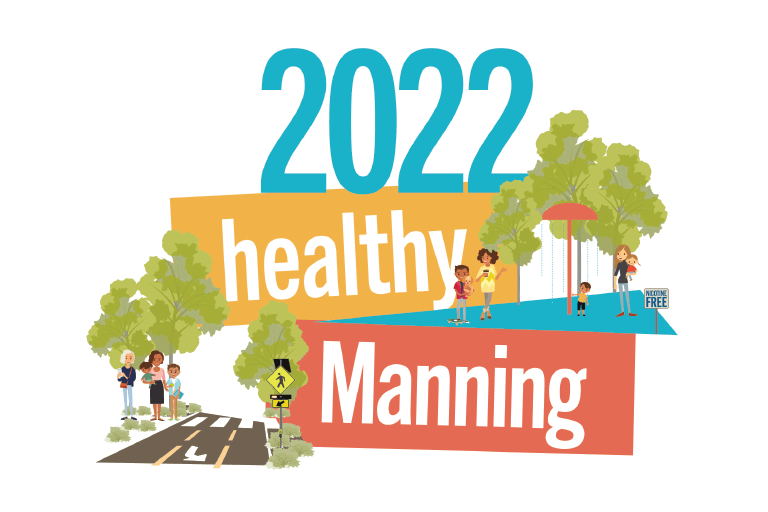 “For a small town, you sure have a nice…”

“There’s this mindset that small towns don’t have, or shouldn’t have, nice things,” says Meyer. “And really, that doesn’t help the people who live and work in small towns. It’s good for a town of any size to have nice things.”

Which is why Manning, a growing rural Iowa town of 1,500, is making investments that help improve the health and well-being of its residents. With the combination of a unique location — it’s in the corner of four counties — and the mix of old and new, history and progressive, Manning has been able to attract new residents, businesses, and traditions while honoring their heritage.

As a result of all the improvements the community has undertaken to make the area a great place to live, Manning received the 2022 Healthy HometownSMPowered by Wellmark Community Award — its second time winning the awardOpens New Window since 2020. Here are just a few projects Manning completed in the last year that helped them earn this recognition.

In the summer of 2021, Manning completed one of the largest projects the city has seen in recent history. Built outside the Manning Rec Center External Site, Hillside Splash includes a zero-entry outdoor pool, two large water slides, and an adjacent splash pad.

Thirty years earlier, the city had replaced its ailing outdoor pool with an indoor pool, complete with lap lanes, in the rec center. But the indoor pool didn’t have a play area for young children, and in the summer months, families looking for outdoor recreation were traveling outside of town to go the pool.

The process of making the pool a reality took more than seven years and had its share of setbacks. The city council took a leap of faith when the timing of the project collided with the pandemic. The votes to approve the bond were on the same day the pandemic shut down the indoor pool, and future tax revenues were unclear. But ultimately, the city capitalized on lower construction costs and a drop in interest rates. “Instead of building it in three phases, they were able to do it in one,” says Meyer. “It saved money, came together quickly, and somehow ended up working in our favor.”

The splash pad is free for public use. “This was important to better serve low- and moderate-income families,” says Meyer. The city was also able to add a new indoor space for children under the age of five.

“Hillside Splash is the most popular addition to our community in decades,” says Meyer. “It’s so great to see people, young and old, playing and enjoying the space. On a good day, there are up to 150 people at the pool.”

Within the first six weeks of the pool opening, Hillside Splash had more admissions than the indoor location would see in a year. The new pool has brought more families to town to enjoy nearby businesses, too. “The ice cream shop has definitely seen a spike in business,” adds Meyer.

The idea of a “road diet” was first proposed to the town of Manning in 2010. “This was cutting edge back then,” says Meyer. “But it was controversial, so we didn’t move forward.” In 2019, when the state proposed a road resurfacing project near Manning, the city decided it was time to move the project forward.

A “road diet” involves removing at least one lane of traffic and using it for other purposes. In this case, the four-lane highway reduced to three lanes for a two-mile stretch on highway 141. The middle lane is now used as a turning lane.

“Road diets are a traffic calming measure,” says Meyer. “They are effective in reducing the frequency and severity of crashes.” While the community has been a bit slow adapting to the change, overall, the results of the road diet have been positive.

As part of the project, the speed limit was reduced on the edges of town. A new turning lane at the hospital has also helped vehicle and pedestrian safety. The project also included ADA-accessible sidewalks, which were a much-needed improvement.

To keep Manning city grounds tobacco free, the Manning Girl Scouts took charge. With the guidance of their leader, the troop did all the research, made signage, and presented to the Parks and Recreation board and city council.

“It was inspiring to see young people in our community get so involved,” says Meyer. “They participated in debates about policies vs. laws. They sparked conversations about how to better connect with people who use tobacco, and how to help them quit. They saw this project through, from start to finish.”

The community response has been overwhelmingly positive about the new policy, which helped address concerns at city-owned parks, the rec center, sports fields, trails and river access points.

The new policy received unanimous approval, and the troop celebrated the new tobacco-free policy with an event at the park, where they also installed the signage. “Now, you rarely see someone smoking in these areas,” says Meyer. “As an added plus, you don’t see cigarette butts littered on these properties.” 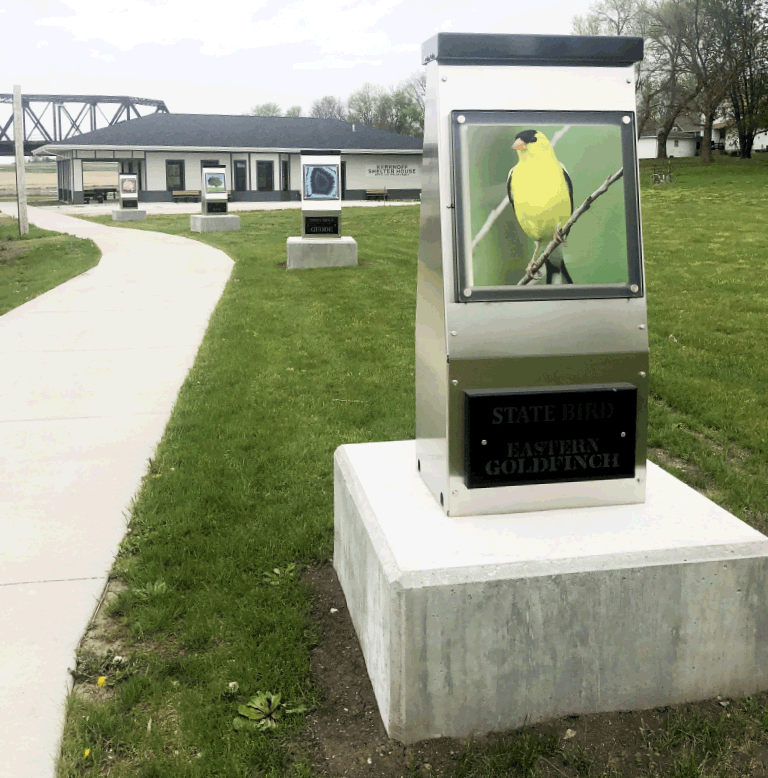 Trails have been on Manning’s wish list for years. “When we surveyed people in the community, pre-pandemic, about the amenities they use most, the number one item was trails,” says Meyer. “Interest has only grown since that time.”

The most recent trail addition provided a safe route to school from the residential part of South Manning, plus a sidewalk and a crosswalk. “Kids were walking through parking lots and fields to get to school and church activities,” says Meyer.

Before the trail officially opened, people were using it. The school agreed to clear the snow so it can be used for students to get too school. The church, which houses a preschool program and after-school activities, also donated land to the project and hope to paint a mural along the route. The electric utility partnered to put lighting on the trail. “This was necessary, as we underestimated the number of runners and walkers who use the trail in the wee hours of the morning,” says Meyer.

What’s next for Manning?

Manning is working on a variety of new projects, including updating their city park and adding more trails. “The more trails we build, the more we need,” says Meyer. “The community just loves them, and they really attract young people to live in our community.”

To add to the momentum, the city just moved its library to a building that is double the size of the previous building. The additional space will allow more programming. The city is also adding art pieces throughout town, including murals, sculptural pieces, and in one park, an interactive corn maze. Volunteers are key to making these projects come to life.

“So many of the programs taking place in Manning are volunteer driven. We try really hard to eliminate hurdles for people who want to take on projects,” adds Meyer. “Momentum continues because people see that they can make a difference.”

For communities that are just getting started, Meyer offers advice, “I think it’s easy to assume that first, you need the money. I would say you first need the vision. Then, you either have the money and can implement out of the gate or you get the money you need to advance your mission.”

“That’s what Healthy Hometown can do for you,” she adds. “They point you toward a vision. And then, help you advance your mission. With time, you’ll find the funds and generate the ideas. But you have to start somewhere. Once you get a small success, it can just build and blossom.”

Another piece of advice from Meyer, “Don’t discount those quick, easy wins. The little projects that come along unexpectedly are just as important as long-term initiatives. Every success is a win, big or small.”

“Healthy Hometown validates everything we are doing,” adds Meyer. “Like everyone else, we can get stuck when we don’t see progress. Recognition reinforces that what we’re doing is valued. It just feels good to know that Manning is helping to making Iowa a healthiest state. Towns like Manning are good for Iowa.”

The Healthy HometownSM Powered by Wellmark Community Award is an annual award that celebrates the successes of communities in Iowa and South Dakota that are working to make their hometowns healthier, more active places to live. If you want to follow in Manning’s footsteps and make positive changes to your community, check out Healthy Hometown online opens in new window  or email HealthyHometown@Wellmark.com Send Email for more information. 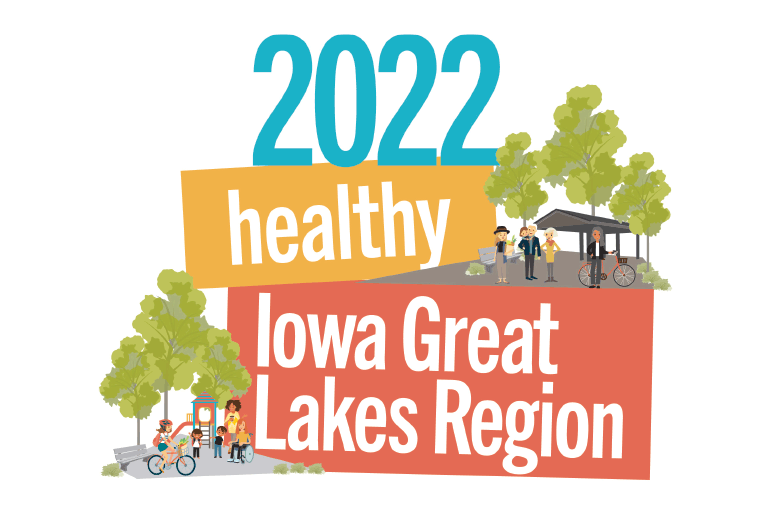 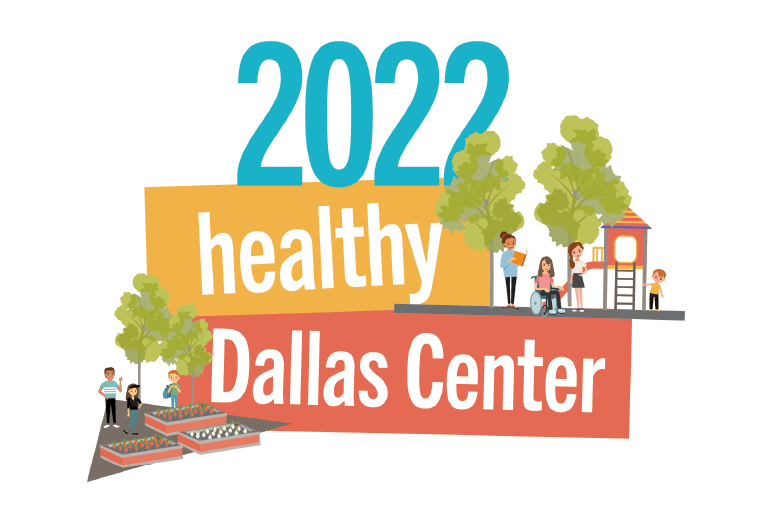