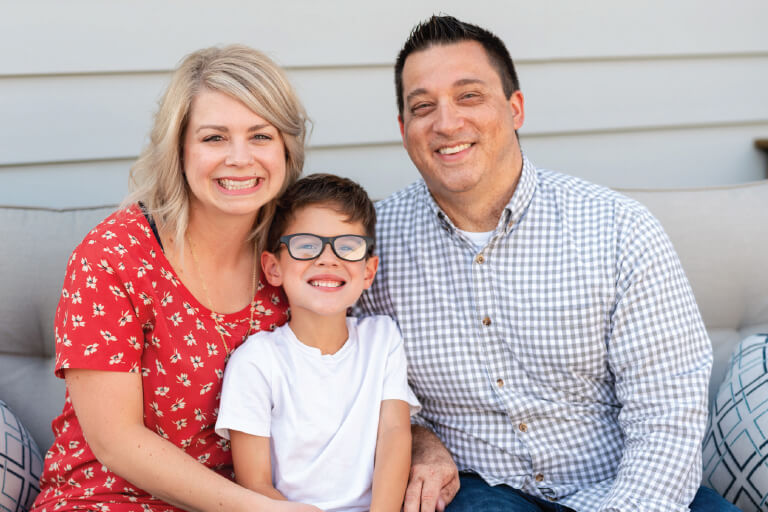 Their advice for others

In a recent survey, 87 percent of respondents said nothing makes them happier External Site or more confident than feeling like their finances are in order. And, there's no shortage of statistics that show your financial health is closely related to your overall health.

Emily and Bryan Gilbert, Wellmark members from Ankeny, Iowa, wholeheartedly agree. In 2007, the two got married and had full-time jobs, Bryan as a computer programmer, and Emily as a hair stylist. “When it came to finances, we simply spent each paycheck as it came,” says Emily.

This became a major problem in their relationship. “We fought about it. We sought counseling for it,” she adds. We could never get on the same page with our finances, each of us justifying our own spending.”

In 2014, Bryan and Emily became foster parents and were going through the overwhelming process of adoption. Then, while working on home projects one day, Bryan fell from a ladder. He suffered a severe arm break, one that required two separate surgeries, and a total of nine months of recovery time.

“The accident really shed light on how fragile our finances were,” says Emily. “Bryan wasn’t able to work following the surgeries, and he wasn’t able to watch the baby. Thankfully we had a short-term disability policy, but it didn’t cover his entire salary,” says Emily. “We learned that any type of emergency, big or small, could topple us.”

Time to get serious

The two sat down in December 2014 to work out a goal for their finances. They knew about Financial Peace University External Site, the Dave Ramsey program for money management, but had never seriously considered the program. With the class being offered at a nearby church, they decided to commit. “We decided, if we’re going to do this, we’re going all in,” says Emily.

By New Year’s Day of 2015, the couple had a list of all their debts, smallest to largest, and began paying them off, one by one. In March, Bryan took a second job, working as a server in a local restaurant in the evenings for six months. Emily booked more clients at the salon. As the year wore on, they paid off the credit card. Instead of paying a loan on a mini-van, they sold it and bought a less expensive car with the cash. Online, they sold home items they didn’t use. Emily stocked up on freezer meals, so they wouldn’t be tempted to eat out on busy nights.

Then, on New Year’s Eve of 2015, they ceremoniously paid off the last of their student loans, which made up over half of their debt. Aside from their mortgage, they paid off all their debt—$55,000—in just one year. They also delivered on a promise they made to themselves early in the process. They drove to Nashville and did the “Debt-Free Scream,” and shared their story on the Dave Ramsey radio show.

"It gave us the ability to dream."

When asked what has changed since 2015, Emily replies, “Everything. It changed everything. It gave us the ability to dream. For us, nothing is off the table in the future. We can basically do anything we want. In fact, our dreams are already becoming a reality.”

For example, Emily enrolled in college, and in the spring of 2019, graduated with an associate’s degree. She plans to continue her education and dreams of one day counseling couples facing fertility problems. She is also growing her business, and in 2018, moved her salon to a larger retail space. Bryan, who is a board game enthusiast, has renovated the basement and built a special gaming table to support his hobby. He most recently started a podcast with another dad called “The Games We Play.”

After they paid off the debt, the Gilberts put together a 3-month emergency fund, in case one of them gets hurt and can’t work, or for any other emergency.

In 2017, they were able to move into a new home, one they had never thought they’d be able to afford just a few years ago. Now, they are saving for their 6-year-old son’s college, contributing to their own retirement funds and working on paying off the house.

“One unexpected thing we are enjoying is our ability to help others,” says Emily. “Now, if we know someone has a need, we can contribute,” says Emily. “It feels so good to say ‘yes’ to causes we believe in and want to support.”

Today, the Gilberts teach Financial Peace University at their church. “Having been through it, we just believe in it so much,” says Emily.

Emily’s advice? “If you’re married or have a partner, sit down and think about what your life would be like if money wasn’t a problem. Dream together. Then, set goals to get there.”

Whether you’re single or in a relationship, though, it doesn’t matter. Having your finances in order simply puts your mind at ease. It contributes to your overall health and well-being.

Your employer may offer classes on personal financing, investments or budgeting. You may also find continuing education classes offered in your community or at local churches. Most often, you don’t need to be a member of a church to enroll and some even offer free childcare during class times.

It may seem overwhelming to tackle financial issues. But if you break it down into manageable steps and keep at it, you can chip away at debt and build a nest egg of your own. 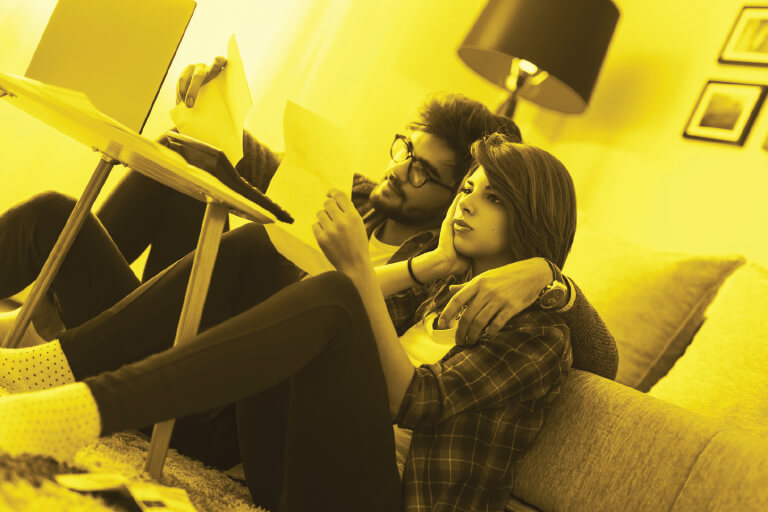 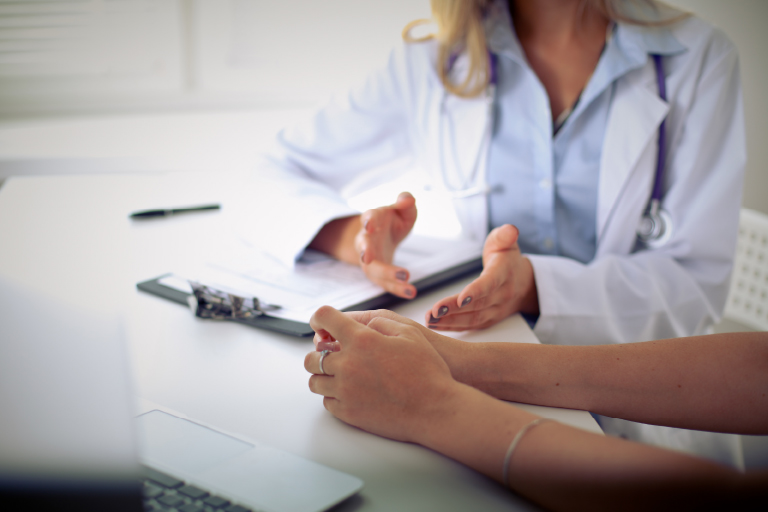 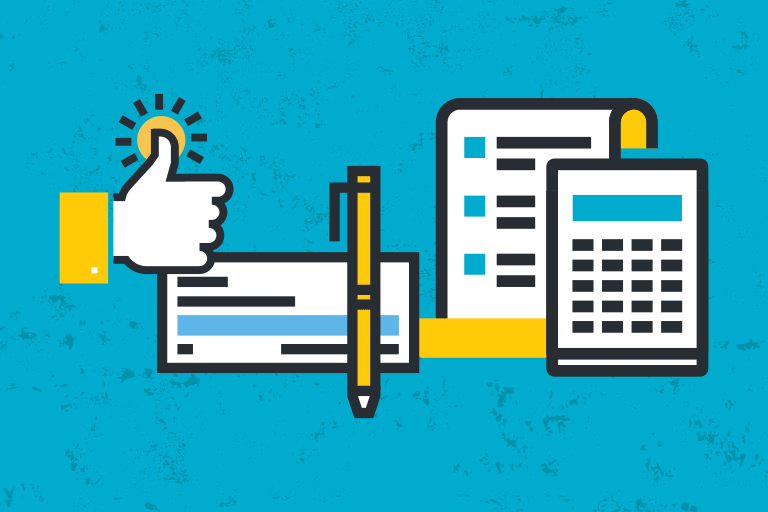