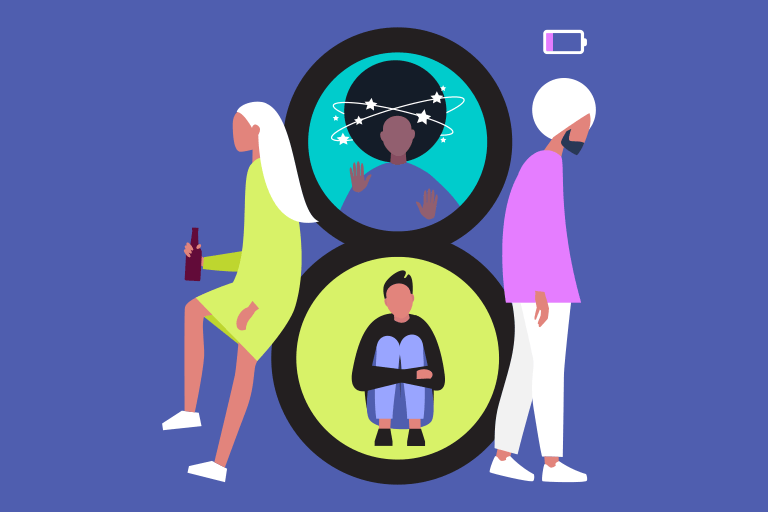 (And two ways they're not)

In case you haven't heard, many millennials — despite their fondness for boutique fitness classes, juice cleanses and any of the latest wellness industry trends — are unhealthy. Really unhealthy. According to the Blue Cross® Blue Shield® Association Health of America Report® External Site, their health takes a major downturn once they turn 27. They're plagued by higher rates of behavioral and physical health conditions compared to previous generations. And, they're growing steadily unhealthier year after year.

Let's look at the top-10 conditions affecting millennials (eight of which make them unhealthier than their Gen X counterparts).

In 2017, five in 100 millennials were diagnosed with major depression — a 31 percent increase from three years prior. A hallmark of this behavioral health condition is a persistent feeling of sadness or loss of interest in daily activities, which can lead to a number of other symptoms like changes in sleep patterns, loss of appetite, inability to focus or concentrate, and lack of energy.

Though millennials are more likely than previous generations to go to therapy, one in five don't seek any treatment for depression. And, while depression and other

Also known as substance use disorder External Site, drug addiction has hit the millennial generation hard, according to areport from Trust for America's Health and Well Being Trust Opens PDF. The report, which analyzes data from the Centers for Disease Control and Prevention, suggests that a variety of hardships millennials typically face, including student debt, unemployment, and the high cost of housing, could be to blame for the rise in substance use disorders.

Millennials, it seems, drink a lot of alcohol. The Wine Market Council reports in 2015, millennials consumed 159.6 million cases of wine External Site — an average of two cases per person. And, millennials account for nearly one-third of people External Site who meet the criteria for alcohol use disorder in the United States, according to the National Institute of Alcohol Abuse and Alcoholism.

According to the American Psychological Association's Stress in America™ survey External Site, some millennials drink alcohol to cope with stressful situations, depression, anxiety and irritability. Others are impacted by social pressures and consider drinking to excess as normal behavior based on their social media feeds. Alcohol use disorder is one of two conditions impacting millennials that hasn't seen an increase in prevalence from Gen X.

Did you know? In Iowa and South Dakota, millennials are affected by alcohol use disorder and high blood pressure at a rate higher than the national average, according to the Blue Cross Blue Shield Health of America Report.

Yep, we get it. Millennials are stressed out. Unfortunately for them, that can have an impact on their physical health — like increasing their risk of developing high blood pressure, even at a younger age. Millennials are likely working against several lifestyle factors in addition to stress that can affect their blood pressure, including lack of physical activity, being overweight or obese, and recreational alcohol and drug use.

And, because only 63 percent of millennials Opens New Window report having a primary care provider, a good number of them are missing out on annual blood pressure checks that could point to a future hypertension diagnosis.

In early adulthood, hyperactivity may be associated with depression, mood or conduct disorders, and substance abuse, according to theNational Resource Center on ADHD Opens PDF. Those who live with the neurobiological disorder often struggle with daily responsibilities and have difficulty in their careers and personal lives.

Psychotic conditions are based in the brain, but are also influenced by environmental factors like stress or drug use, according to Mental Health America External Site. The symptoms often result in strange or bizarre thinking, perceptions, behaviors and emotions.

Conditions impacting the gastrointestinal system, like Crohn's disease and ulcerative colitis, are on the rise in millennials. According to the Mayo Clinic, both conditions are most likely to be diagnosed before age 30. Doctors don't know the exact cause, but suspect a number of factors — including genetics and a malfunctioning immune system — lead to their development. Diet and stress can also aggravate both conditions.

Another Blue Cross® Blue Shield® Health of America Report® on the risk for colon cancer External Site shows that people with Crohn's and ulcerative colitis are at nearly double the risk of colorectal cancer as patients without these conditions. If you've been diagnosed with Crohn's disease or ulcerative colitis, talk to your personal doctor to determine if you should begin getting colon cancer screenings earlier than age 50, which is the age typically recommended by the U.S. Preventive Services Task Force External Site.

Many millennials assume heart disease won't affect them until they're older. But, the risk factors that lead to it — like high cholesterol, smoking, and high blood pressure — are made worse by obesity, a sedentary lifestyle External Site, and stress.

High cholesterol affected six out of 100 millennials in 2017, a 12 percent increase from 2014. This condition often flies under the radar because it has no symptoms, and, while genetics play a factor, it can be made worse by a diet rich in saturated fat and low in fiber, being overweight or obese, and a lack of physical activity or exercise.

Addiction to tobacco is the most common substance abuse disorder in the United States, according to the American Academy of Addiction Psychiatry Opens PDF. The disorder is 11 percent more common among millennials than it is among Gen X.

More than just casual smoking, tobacco use disorder develops when someone meets the criteria for drug dependence. This includes having difficulty quitting smoking, having withdrawal symptoms when they stop, and continuing to smoke despite understanding the adverse effects.

As obesity rates continue to rise, so does the prevalence of Type 2 diabetes. The Blue Cross Blue Shield Association ranks diabetes as having the third-largest negative impact on Americans' health External Site. It also found that the prevalence rate is growing faster for millennials than any other generation — having risen 22 percent from 2014 to 2017.

In addition to being overweight or obese, risk factors for developing Type 2 diabetes External Site include lack of physical activity, high blood pressure, and abnormal cholesterol levels, according to the Mayo Clinic. Type 2 diabetes can be managed (or in some cases, reversed) with lifestyle changes and medication. If left untreated, or if treated poorly, it can lead to serious health complications such as cardiovascular disease, damage to nerves, kidneys, eyes and feet, and hearing problems.

Concerned about the health of millennials?

We are too. Make sure to check back here for the latest on how to help millennials live healthier and navigate the health care system. If you run a business or serve as the benefits manager for a company, head over to Blue@WorkSM Opens New Window for even more valuable, business-focused millennial content. 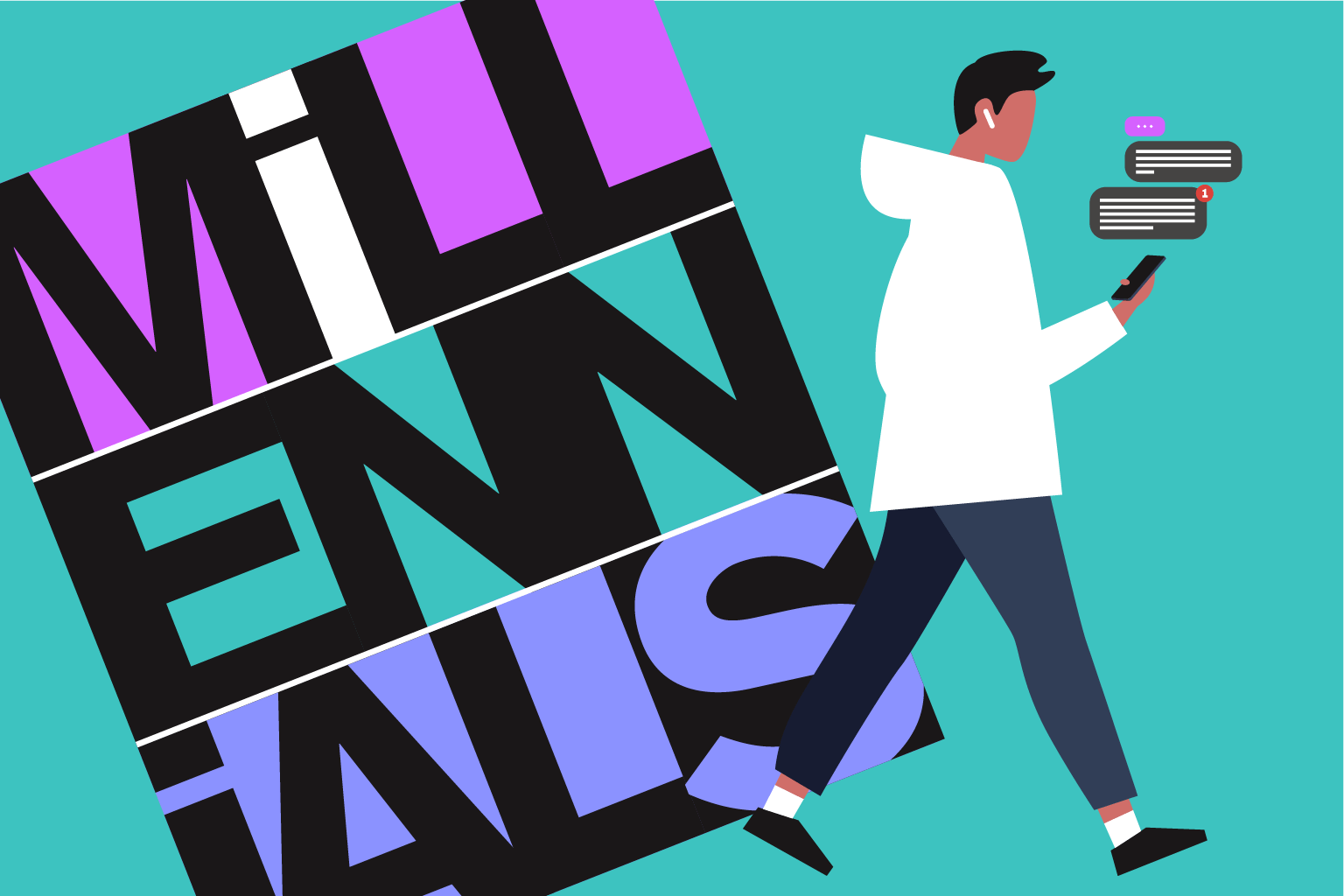 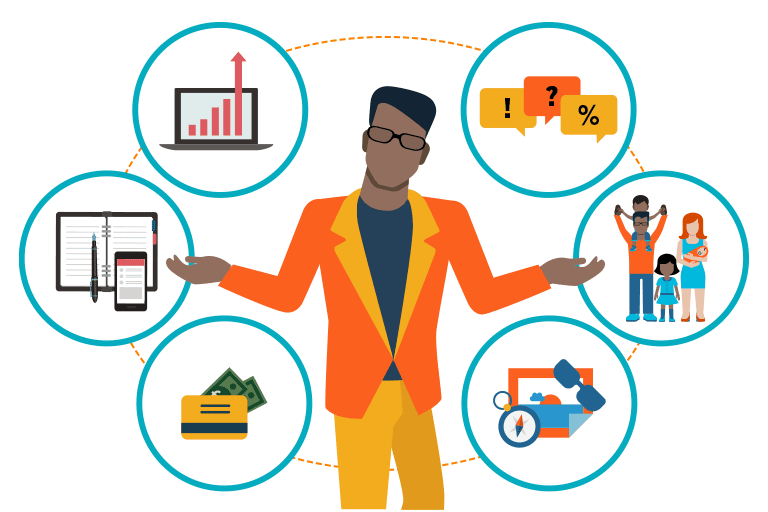