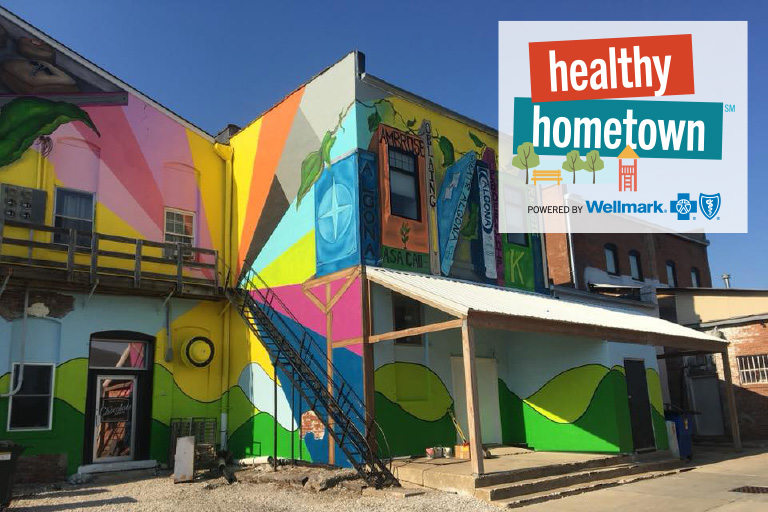 Like many other communities in Iowa and South Dakota, Algona is committed to making positive changes to improve the health and well-being of its residents.

In 2018, the city added several improvements to two downtown blocks; completed the third phase of the Algona Recreational Trail System, adding 1,500 feet of trail and new facilities; and completed a walking audit to identify other areas of improvement and plan future projects. Their work and commitment to improving their community led to them earning a 2019 Healthy HometownSM Powered by Wellmark Community Award during the Iowa Healthiest State Initiative External Site awards ceremony in February.

Going above and beyond

In 2017, the city determined that two blocks of Dodge Street, one of the streets in Algona’s downtown, needed to be repaired. Instead of just repairing the road, they took advantage of this project to enhance the walkability and bikeability for residents.

The reconstruction project included Healthy Hometown recommendations like widening the sidewalks, switching from diagonal parking to parallel parking, adding street-side greenery, street lights, and benches, and reducing the time it takes to cross the street. “This makes traveling from one downtown store to another much easier and safer for people,” says Shelby Curry, director of recreation for the city of Algona. “It creates more room on the sidewalk, and narrower lanes naturally make cars approach at a slower speed.” 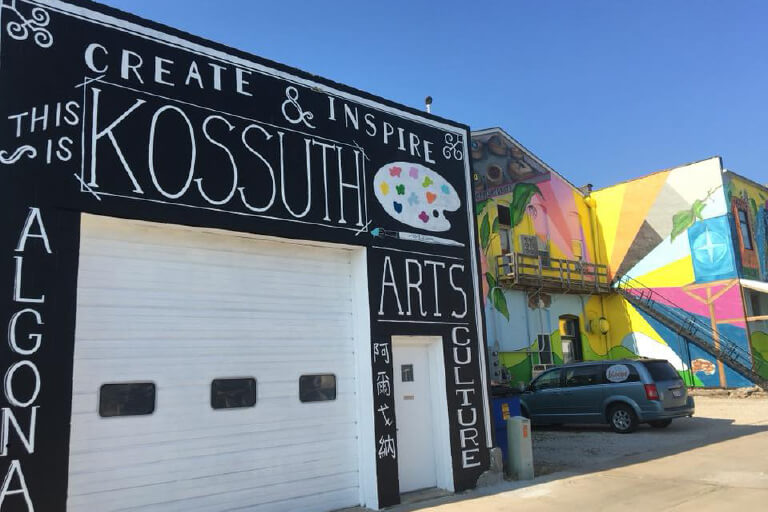 The improvements made along Dodge Street also impacted Nebraska Street, where many downtown events — like the farmers’ market and Founder’s Day celebrations — take place. A backdrop for many of these events is a brand-new mural along the backside of businesses on State Street, painted by various community members in June 2018. “The mural is now a centerpiece for the town,” says Curry. “On a daily basis, many people go out of their way to look at and take pictures of the beautiful artwork.”

Aside from enhancing the look of downtown Algona, 36 businesses benefited from the reconstruction project with more customer parking, better traffic control and increased pedestrian foot traffic. “We got nothing but positive comments from the public on it,” says Curt Wiseman, Algona city administrator. “Both the downtown retailers and those interested in active transportation really appreciate it.”

Though residents have been able to walk, bike, run and even cross-country ski on the Algona Recreational Trail System for the past 20 years, recent improvements and expansions proves the city remains committed to keeping its residents active and moving outdoors.

The third phase of the trail project added a 1,500-foot extension through Tietz Park on the southeast side of Algona, and included a new off-street parking lot and restroom facility. The addition offers more residents faster access from their home to the trail and is part of a continuing effort to connect everyone to the trail system. And, according to Wiseman, there still aren’t enough miles of trail around Algona. The city plans to continue extending the trail system to the north and south of Algona, which would connect it to state and county parks. 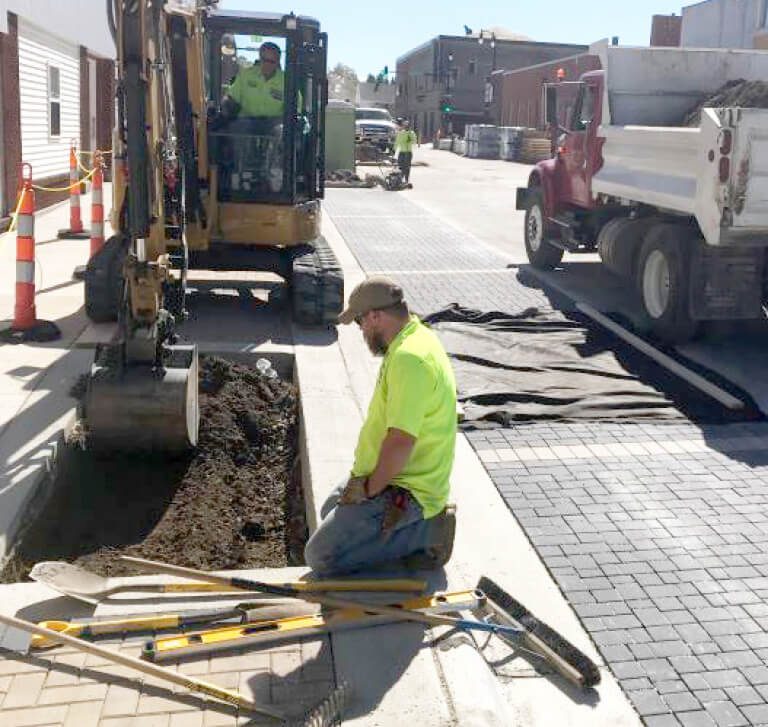 In May 2018, the city completed a Healthy Hometown walking audit, which looks at areas throughout the community where walkability could be improved. As a result, several new initiatives are now in the planning stages. These include adding features like narrowed lanes and walking paths to Highway 169 to allow easier travel for residents who may want to walk instead of drive, and changing several downtown streets from one-way to two-way to slow down traffic and draw more residents to the area.

When it comes to considering additional projects, Curry says that getting residents involved is key. “A lot of it comes down to connecting with the community and seeing what their needs are,” says Curry. 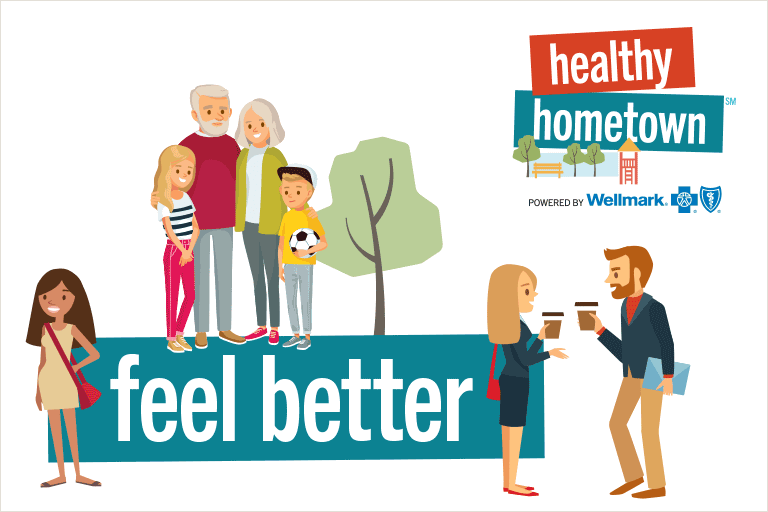