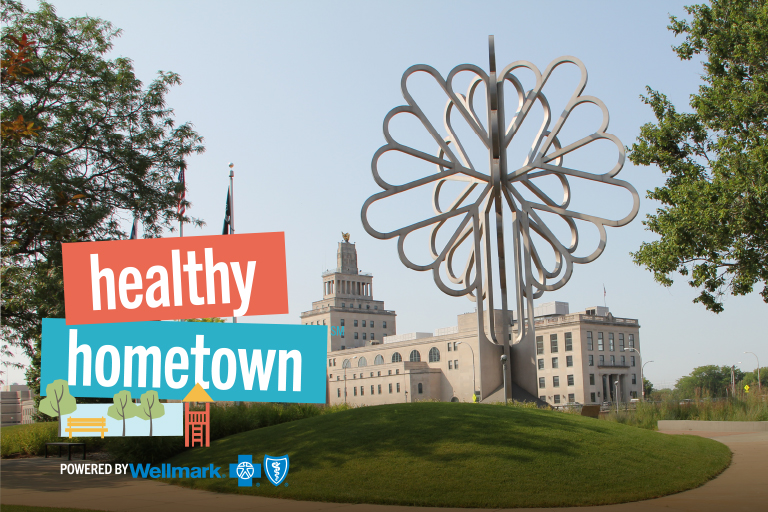 In June 2008, most of downtown Cedar Rapids was under water. The record-breaking flood impacted more than 10 square miles — around 14 percent — of Iowa’s second-largest city, affecting 1,126 city blocks.

Nearly 10 years later, the flood devastation is practically unrecognizable. In 2017 alone, Cedar Rapids completed 26 pedestrian and bike-friendly projects, improving more than seven miles of pavement — an accomplishment that led to the city receiving a 2018 Healthy Hometown Community Award during the Iowa Healthiest State Initiative awards ceremony in February. But, that's not all they've done.

Joining forces with Healthy HometownSM Powered by Wellmark enables the city to continue to focus on improving the quality of life for the people who live there and making it easier to get around within the community. Re-imagining city blocks, helping residents get around safely, and encouraging fresh food consumption are just a few things on Cedar Rapid's to-do list.

In 2014, Cedar Rapids adopted a Complete Streets policy, making the city the first in the state to design streets for all users, not just cars. The policy makes it easy for everyone — including bicyclists, pedestrians, people of all ages and those living with disabilities — to safely cross streets, walk to shops and bike to work or school. “Slowing down cars means they’re more likely to stop at retail shops and restaurants downtown, creating an economic boost,” says Stephanie Schrader, community well-being liaison.

Helping residents get around safely

The city is also making significant improvements to sidewalk ramps in an effort to increase mobility and walkability. In a four-year period, plans include installing approximately 4,000 new curb ramps that are fully accessible throughout downtown and other neighborhoods. “The accessibility to the walking public — not only folks that have mobility impairment but runners and walkers with strollers — has increased exponentially in the last several years,” Schrader says. “We encourage all cities to do that; it’s worth the effort and serves your citizens really well.”

In addition to the street conversions and sidewalk improvements, Cedar Rapids has also made great strides when it comes to bicyclist safety. The addition of sharrows (road markings indicating a lane is used by both cars and bikes) and protected bike lanes have made cycling much safer around the city and significantly contributed to Cedar Rapids’ goal of increasing the number of people who bike to work. Cedar Rapids also implemented the state's first green bike lanes, which are installed 50 feet before and after intersections to help encourage drivers to be alert to cyclists. 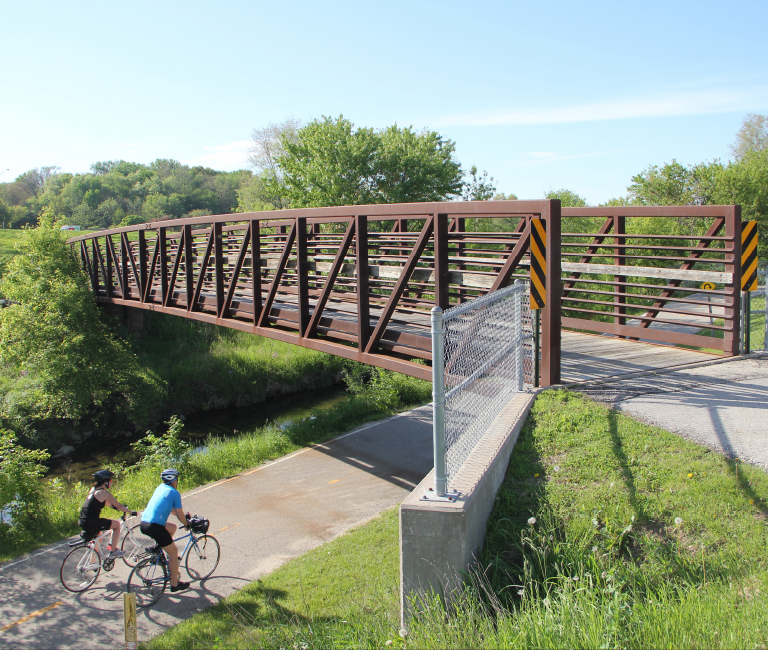 “I’m excited to see more people out and about,” Schrader says. “Not just on the trails as recreational riders, but on the streets using their bikes to get to and from events.” Schrader also remarks that the city’s complete streets work has really connected various neighborhoods into downtown. “People want to walk to work, bike to work or head downtown without a car,” she says. “We have a great trail system in Cedar Rapids, but to facilitate getting me from home to work, it needs to connect to pedestrian and bike-friendly streets."

The street conversion plan isn’t Cedar Rapids’ only major achievement when it comes to community health improvement. In 2017, the Cedar Rapids Farmers' Market began accepting Supplemental Nutrition Assistance Program (SNAP) payments and completed $1,300 in SNAP transactions. The city also worked with To The Rescue External Site to start a free shuttle service to the market from an area of town considered a food desert External Site. And, in its inaugural year, volunteers with Home Run for Hunger collected nearly 4,000 pounds of fresh produce for a local food pantry. 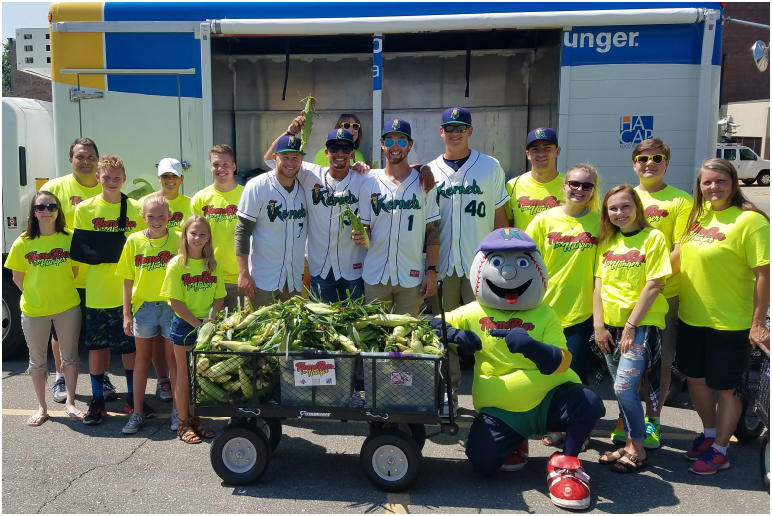 Cedar Rapids plans to continue the street conversion plan for the next few years, and further support Healthy Hometown's principles of eat well, move more and feel better. “Converting streets on both sides of the river and out into the neighborhoods is really our top priority now,” Schrader says.

To learn more about how your community can become a Healthy Hometown, start here or email us at HealthyHometown@Wellmark.com Send Email. 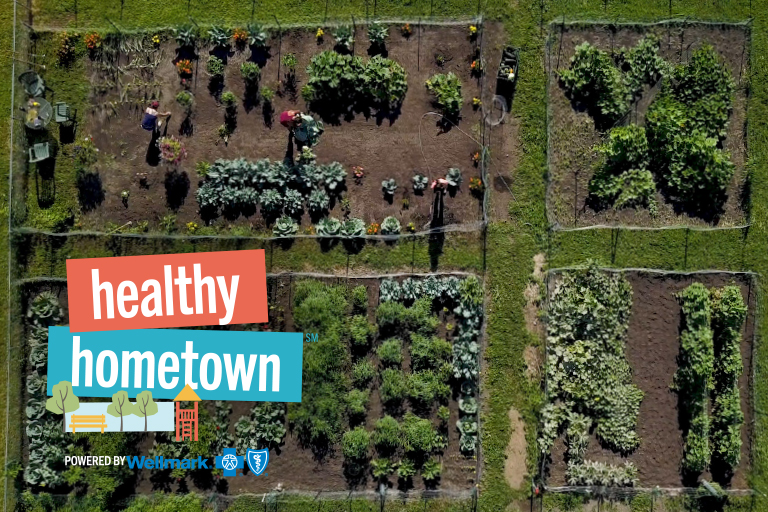 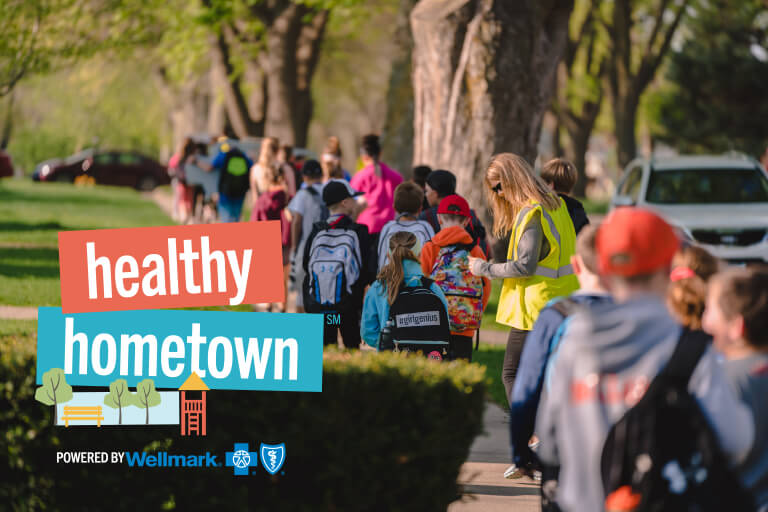