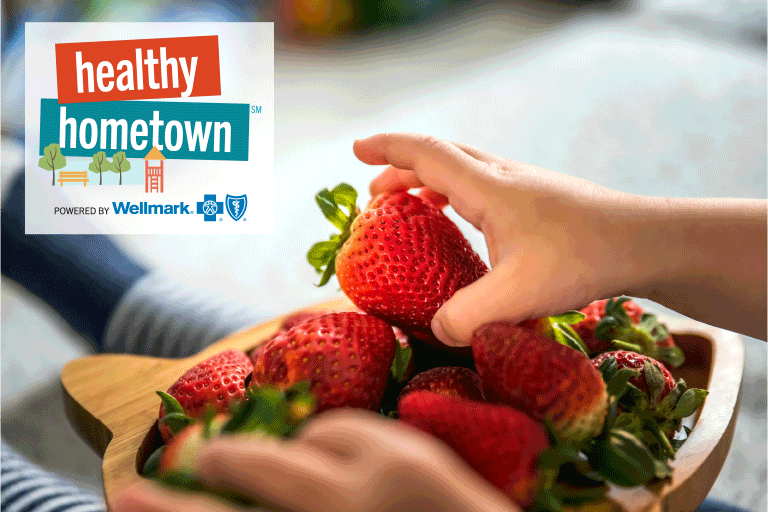 Once a key rail line, the Mickelson Trail winds through South Dakota’s Black Hills for 109 miles, offering residents and tourists alike the opportunity to get some fresh air and admire the beautiful terrain.

The trail passes through Custer, South Dakota, where residents use it primarily to get around town. “Everyone knows everyone on the trail,” says Colleen Hennessy, Custer Recreation and Wellness Initiative volunteer and committee chairperson. “You see a lot of socialization on the trail and people using it for many different reasons.” After a walking audit conducted by Healthy HometownSM Powered by Wellmark Blue Cross and Blue Shield in 2018, the community worked with the South Dakota Department of Transportation to make the trail crossing in Custer safer for both residents and tourists alike.

Though Custer is the oldest town in the Black Hills, it has no shortage of ideas to help keep its residents active and healthy. Recent projects such as, enhancing the trail crossing’s safety, installing the Black Hills Southern Hills' first “bark park” and implementing innovative nutrition programming in its schools helped Custer earn a Healthy Hometown Community Award — for the second year in a row.

As you drive into Custer from the east along Mt. Rushmore Road/Highway 16, you’ll come across the section of the Mickelson Trail that runs through town — which sees a lot of use year-round. “About 6,000 to 8,000 people use the trail each year,” Hennessy says. “If you live in the city, you cross it twice a day.”

The trail crossing connects the east and west ends of town just after a small rise in the road — making it difficult for motorists to see it. “Cars coming in from the east often didn’t see pedestrians or bikers until they were slamming on the brakes,” says Hennessy. Now, residents who use the trail to run errands or commute from home to work and back have a little more peace of mind when crossing the major road that runs through town. 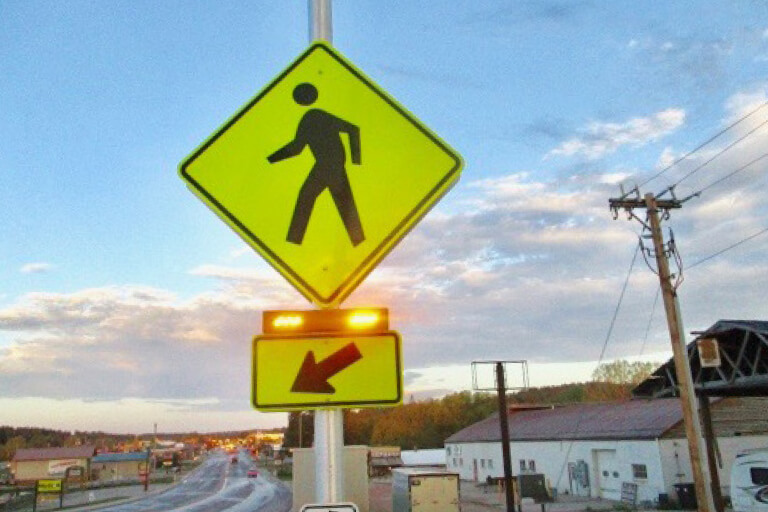 After they highlighted that major safety issue to the walking audit team, Custer worked with the South Dakota Department of Transportation (DOT) to install a Rectangular Rapid Flashing Beacon (RRFB). Now, cars traveling along Mt. Rushmore Road know the crosswalk is coming before they reach it — which is especially important in the summer when many traveling through Custer don’t know about the popular trail.

In smaller communities like Custer, residents don’t often have access to safe, fenced-in areas for their dogs to run around freely. Though residents have discussed the possibility of creating a dog park for many years, they weren’t able to get the idea off the ground. A class project from a student at Custer Senior High School changed that. 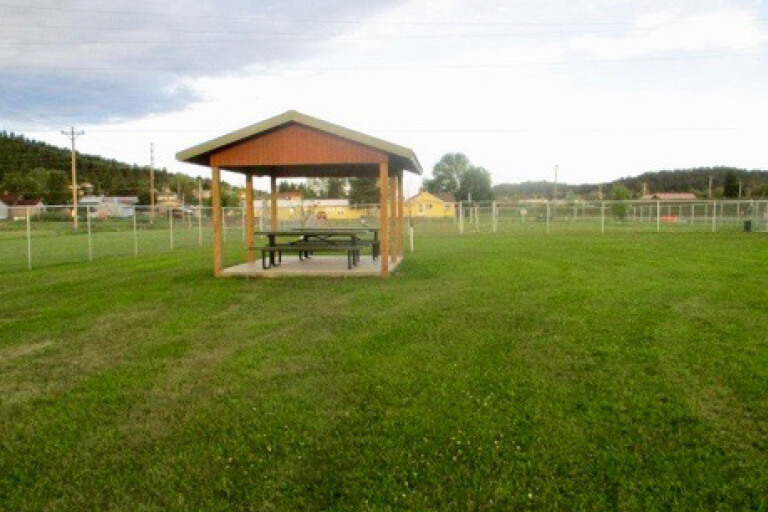 Custer’s new “Bark Park” — the only one in the Black Hills Southern Hills area — was built in 2019 on previously unused, city-owned land. It's located strategically next to the Mickelson Trail and Custer State Park Spur, close to Custer’s downtown, the elementary and senior high school, and a large housing development. The park is divided into two sections for large and small dogs and has several benches and shelters for residents to sit and mingle while their dogs get some exercise. Residents now come in all kinds of weather to meet other pet owners and engage in healthy social interaction.

The park has an additional benefit for Custer’s tourists, as well. “We’re a tourist town, and we know that people love to bring their dogs while they travel,” Hennessy says. “Giving visiting pets a space to run around in the dog park helps them be a little calmer while traveling.”

Like many of us, Custer residents know that building healthy eating habits is much easier to do when you start at a young age. So, they expanded their school nutrition programming that led to them winning the Healthy Hometown award in 2019 and implemented a unique “farm-to-school” approach.

In addition to requiring nutrition classes for all high school students and seventh graders, the Custer School District works with two major vegetable producers in the community to offer a free, all-you-can-eat fruit and vegetable bar. “Kids can grab a free, healthy snack before going back to their classrooms in the afternoon,” Hennessy says. “The fruit and vegetable bar gets them to try new vegetables that they may not have been aware of before, which helps broaden their tastes.” Last year, the three Custer schools in the district went through 350 pounds of local produce.

Hennessy gives a lot of credit to the schools’ superintendent, who strives to make sure there are both healthy choices in the schools and education to help students understand not just what is a more nutritional option to eat and why, but also how it affects the body and how to work with it and cook healthy meals.

The Custer County School District also worked tirelessly with the private food service that supports the district to provide locally sourced food — including 1,100 pounds of locally grown beef donated by five different ranchers in the community — for both students and teachers. This programming not only helps students eat healthier but also supports the community financially and helps local kids understand how their food is grown and where it comes from.

The impact of community improvement

Just two years ago, the community garden in Custer was destroyed by a flash flood — and the community plans to use some of the money from this award to build it back even better than before. Now located on school property, the new garden will continue the theme of teaching the importance of healthy living at a young age. “The students will learn how to grow a garden and the industrial arts classes will build the raised beds,” Hennessy says. “Once the garden really gets going everyone is going to come out and enjoy it.”

What’s important for Custer is that residents can see the tangible improvements the community is making. “Residents see these improvements and it encourages them to broaden their experiences,” Hennessy says. “It really educates the community on things they should be exposed to and what services are available for them to use.”

The Healthy HometownSM Powered by Wellmark Community Award is an annual award that celebrates the successes of communities in Iowa and South Dakota that are working to make their hometowns healthier, more active places to live. If you want to make positive changes to your community, check out Healthy Hometown online Opens New Window or email HealthyHometown@Wellmark.com Send Email for more information. 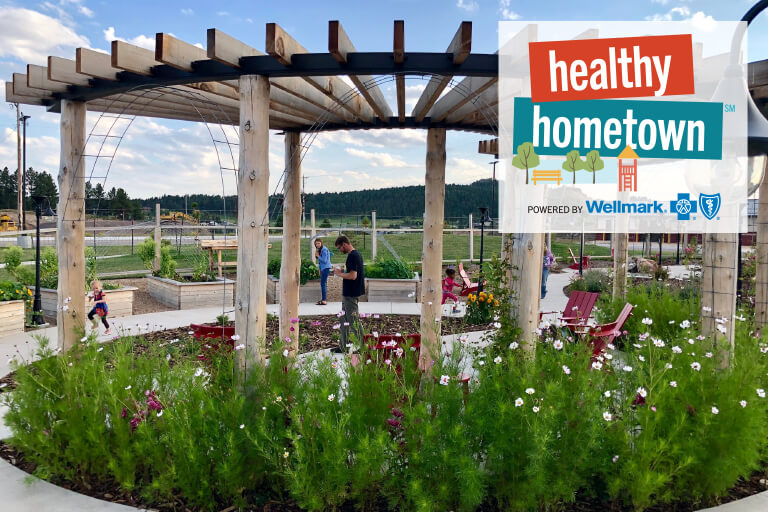 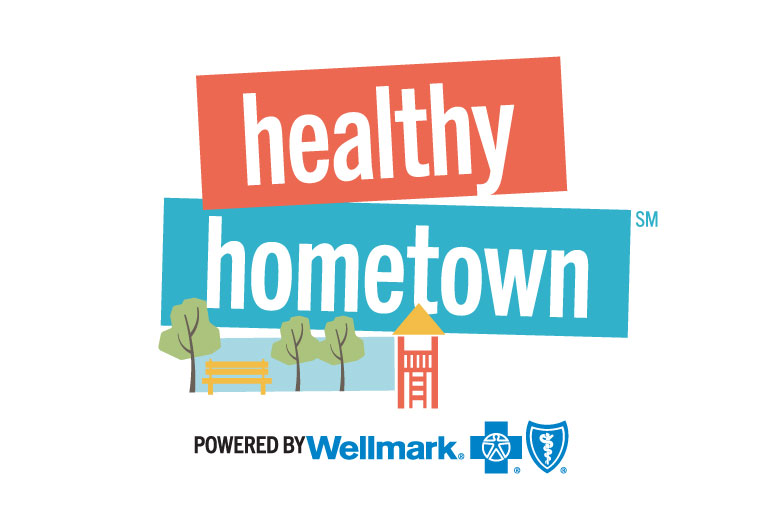 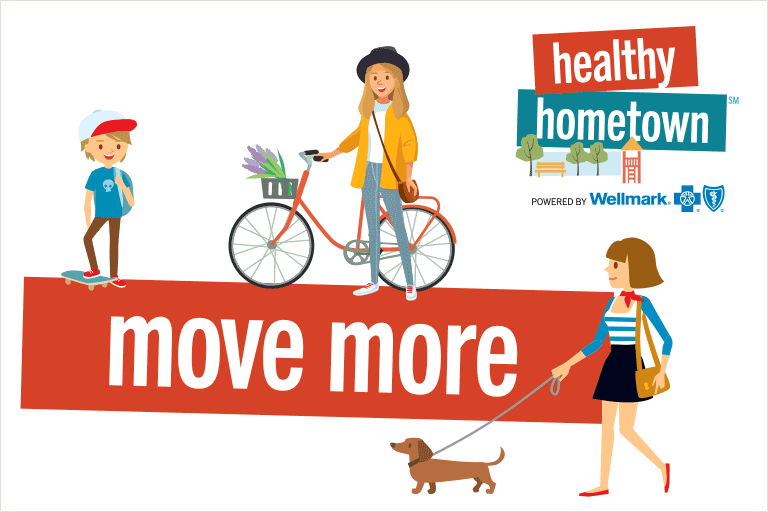