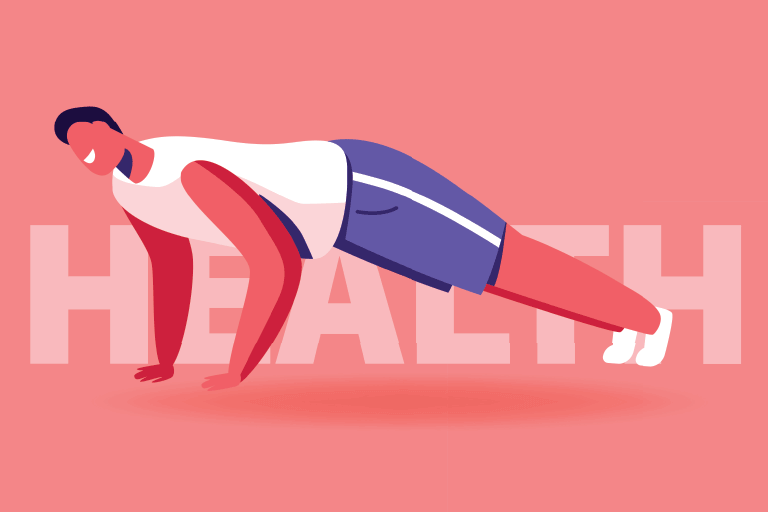 A new Blue Cross® Blue Shield® Health of America Report® shows External Site that insured members who use the gym regularly are healthier overall. This may seem like common sense, but there’s more to it. Not only were gym-goers in better health, they also had slower growth of behavioral health conditions like depression, as well as slower growth of chronic conditions like hypertension and diabetes. Plus, they enjoyed lower health care costs, saving nearly $4,500 in a period of four years.

Tod Smith, a Wellmark Blue Cross and Blue Shield member from Altoona, Iowa, is proof that regular exercise yields big results. At age 50, he feels better mentally and physically, than he did 10 years ago. In fact, he is healthier than he has ever been.

When he was 40, the business owner was stressed, over-scheduled and severely overweight. At a routine physical, Smith was told he would soon have to take blood pressure medication. If he didn’t drastically alter his unhealthy habits, he’d also end up with diabetes.

Smith has a family history of diabetes and heart disease and knew firsthand the effects of chronic disease. “This isn’t what I wanted for my future,” he says. “But here was my doctor, telling me that the road I was going down would lead there. It was inevitable. I just knew I had to change.”

Targeting one bad habit at a time

Smith started small, tackling the habits he knew were wreaking havoc on his health. "It wasn't like it was a big mystery," he jokes. "But I didn't want to get too ahead of myself."

In reality, Smith was on to something that experts say is key to behavioral change: Starting with small changes is key External Site.

“First off, I developed kidney stones. Let’s just say that hurt a lot,” admits Smith. “So I was super motivated. I had been drinking a lot of diet soda and I rarely drank water. So drinking more water and staying hydrated was change number one.”

Next, he targeted the unhealthy snacking. After that, he started limiting fast food.

“With my job, I was often on the road between jobs, and like a lot of the people I knew, I never took the time to think about eating healthy,” he explains. “I’d eat whatever was easiest, so a lot of packaged, unhealthy snacks, convenience foods and fast food. So, I just stopped eating the unhealthy stuff and switched it out for healthier options.”

A few months later, Smith took another big step and started working out. “This was a big change for me, and I knew if I went all in right away, I’d burn out,” states Smith, who started small, with 15 minutes of walking on the treadmill or elliptical, just three days a week. Gradually, he inched closer to 25 minutes of cardio a day, five days a week.

“I would try a few weights here and there, but my workouts were mostly cardio to get the fat burned off.”

When starting a healthy eating and workout routine, it might help to follow these steps and start small. One, drink water instead of soda. Two, eat healthy food versus fast food. Three, try cardio exercise versus sitting. And four, add in some strength training.

After a couple of weeks, Smith said it felt like a light switch had flipped on. “I was just feeling better. Things were progressing, the weight was coming off. Once an exercise became easier, I’d ramp up the cardio a bit and go a bit faster.”

Gradually, Smith started enjoying his routine. Over the last five years, Smith has been working out six days a week. He has also added a weight lifting schedule to the mix.

Doubling down and making it stick

“When I sold my business a few years ago, I really doubled down on my workouts," says Smith. His son, who is studying to be a strength coach, set up a weight-lifting schedule for his dad to follow. This, along with advice from trainers at the gym and his own research, keeps him on target. But for the most part, Smith is self-motivated.

Smith offers common sense advice for people who are struggling to exercise. “You just have to keep showing up. Do something you like. Start small and keep moving. Tell yourself you’ll just go five minutes, and chances are, you’ll keep going once you hit that mark.”

Once you plateau, or you’re not seeing the results, it’s time to switch it up, according to Smith. “Boredom happens, even if you’re doing an exercise you love,” he says. “So try new things.”

Always on the lookout for progress, Smith never skimps on the 25 minutes of daily cardio. “And when it comes to lifting, I go heavy and hard,” says Smith. “And you know what, I just love it. Especially when I have a stressful day, going to the gym is my reward. I work it all out of my system, and I feel so much better. I’m less stressed. I feel alive.”

Since Smith started his journey to better health, about eight years ago, he has shed more than 50 pounds. While he isn’t sure how much muscle he has added, the photos show a more fit version of himself, inside and out.

"For me, the nutrition is the hardest thing," says Smith. “A few years ago, my wife and I enrolled in a diet challenge at the gym, and we really took off some weight,” he says. “But I quickly gained it all back. So now, it’s really not about dieting. For me, the key is to stick with lean protein, vegetables and fruit,” he says. “I’d really like to slim down a little more and stay there.”

At Smith’s routine physical two months ago, his blood pressure and cholesterol levels were “off the charts,” according to Smith, who laughs, “But this time, in a good way,” His numbers are now in a normal, healthy range. “I don’t need to take the medications that only a few years ago, seemed inevitable. That feels good.”

Smith’s doctor is flabbergasted at the results. “She doesn’t see this kind of dedication in many of her patients,” he explains. “It feels good.”

He adds, “I have to say, I didn’t know I had it in me, to be this health conscious. But I saw the path I was headed down, and decided to take the detour. I’m glad I recognized it when I did, because the result is a far healthier, happier place. It’s been eye-opening and rewarding. Plus, I’ve learned to love it.”

How much exercise do you need?

Only about one in five adults and teens get enough exercise to maintain good health, according to the American Heart Association External Site. Being more active can help you think, feel and sleep better and perform daily tasks more easily. If you’re sedentary, sitting less is a great place to start.

These recommendations are based on the Physical Activity Guidelines for Americans, 2nd edition External Site, published by the U.S. Department of Health and Human Services, Office of Disease Prevention and Health Promotion:

The guidelines are based on current scientific evidence supporting the connections between physical activity, overall health and well-being, disease prevention and quality of life.

Get started with these exercise ideas and tips

Want to get started, but you're not sure how? Try these workout and nutrition tips from Blue: 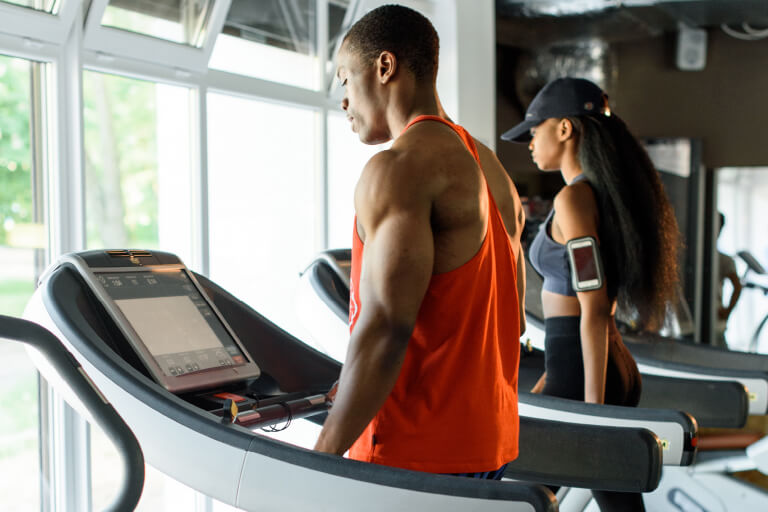 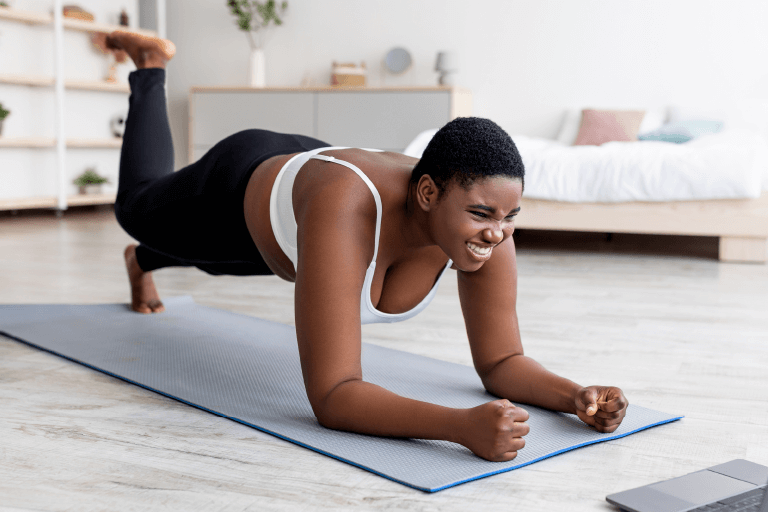 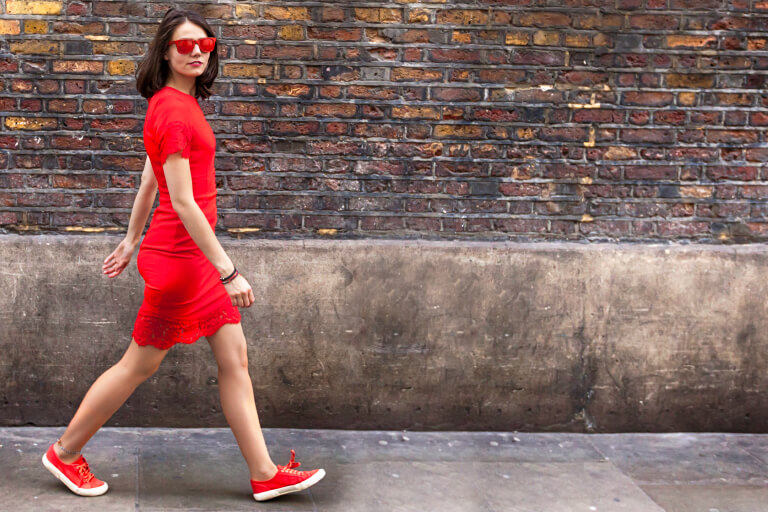