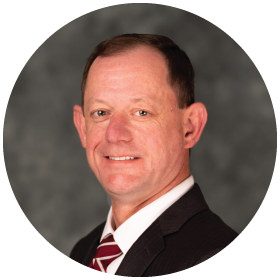 A native of Wales, United Kingdom, Matt Hosford received his pharmacy degree from Drake University and has been a registered pharmacist in the State of Iowa since 1996.

Hosford is vice president and chief pharmacy officer for Wellmark Blue Cross and Blue Shield where he leads both the clinical and operational facets of the pharmacy program, including the processing of pharmacy claims, pharmacy network management and the formulary development process, in order to successfully manage rising drug cost trends. He joined Wellmark in 2007.

Hosford has more than 15 years of experience in pharmacy benefit management and has served in an account management role with First Health Services, a Coventry HealthCare Company, where he was responsible for the implementation of pharmacy benefit management programs for various state Medicaid programs. Hosford also served as the director for medical affairs for AdvancePCS (now CVS Caremark) where he was responsible for formulary management and drug utilization review programs for more than 78 million covered members.

Hosford is a veteran of the U.S. Army Reserve where he most recently served as a combat support officer and a company commander. Hosford was twice awarded the Bronze Star and a Combat Action Badge for his service during Operation Iraqi Freedom.

Hosford was awarded the 2017 Drake Alumni Achievement Award. In addition, he is a member of the Blue Cross Blue Shield Association National Council of Physician and Pharmacist Executives, the American Academy of Managed Care Pharmacy and the Iowa Pharmacist's Association.