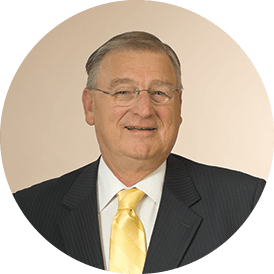 Dave Neil started his career at the Waterloo John Deere Tractor Works in 1960 where he joined the United Auto Workers (UAW) Local 838. From 1960 to 1978, Mr. Neil held various Union positions, including steward, financial secretary, negotiator and secretary/treasurer of the UAW Agricultural Implement Council. In 1978 he was elected president of UAW Local 838 and in 1983 he was appointed to the UAW National staff and serviced local unions in Iowa. In 1995, he was elected president of the Iowa UAW community action program. In 1998 he was appointed to the Iowa Board of Regents. Upon his retirement from the UAW in 2005, he was appointed by the governor of Iowa to the position of Iowa labor commissioner. During those years, he also farmed. Mr. Neil was elected mayor of LaPorte City in 2013 and was reelected in 2017.

Throughout his career, Mr. Neil has been active in politics and public service and has served on several boards and commissions, including the Governor's Task Force on Health Care, Health Policy Corporation of Iowa, Cedar Valley HMO, YMCA, Martin Luther King Community Center, Area VII Job Partnership Training Council, United Way, Iowa Farm/Labor Coalition, Workers' Compensation Advisory Board and the advisory board of the University of Iowa Labor Center, and the Iowa Chronic Care Consortium.